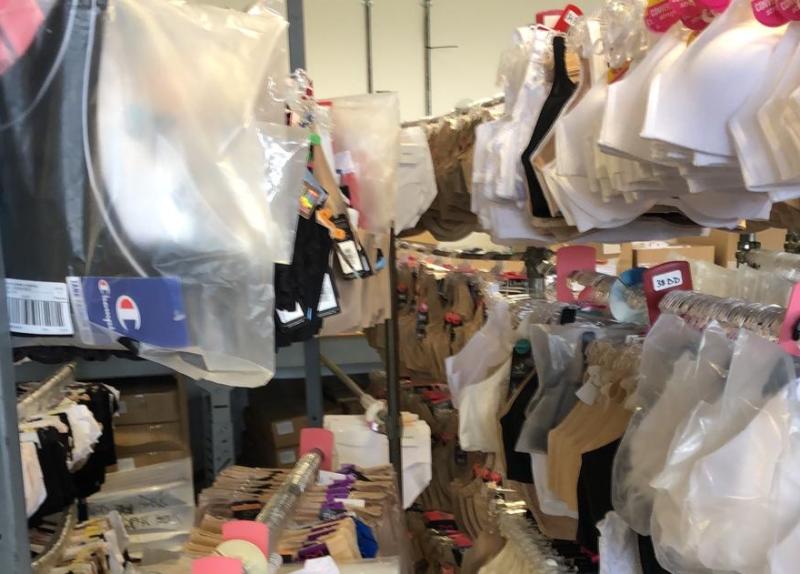 A COUNTY Limerick soccer club has thought outside the “boxers” to raise funds for the club.

Lisnagry FC has announced it will host a massive designer lingerie and underwear warehouse sale in Castleconnell on Friday and Saturday, October 29 and 30.

To be brief, all the monies raised will go towards the redevelopment of their main pitch in Scanlon Park. It is unplayable for many months of the year due to waterlogging.

The prices will be very skimpy at the event as items will be up to 80% off retail prices. Brands available on the day will include Wonderbra, Playtex, Champion, Maidenform, Shock Absorber and Hanes Brands.

Lisnagry FC treasurer Aileen Hogan said the idea came from one of the parents in the club.

"He is a manager with Hanes Brands in Shannon. They do these clearance sales for ‘family and friends’ periodically in Shannon and he thought it would be a great way to raise funds. We’re very excited and hope it raises badly needed funds to help us get our pitch up and running,” said Aileen. 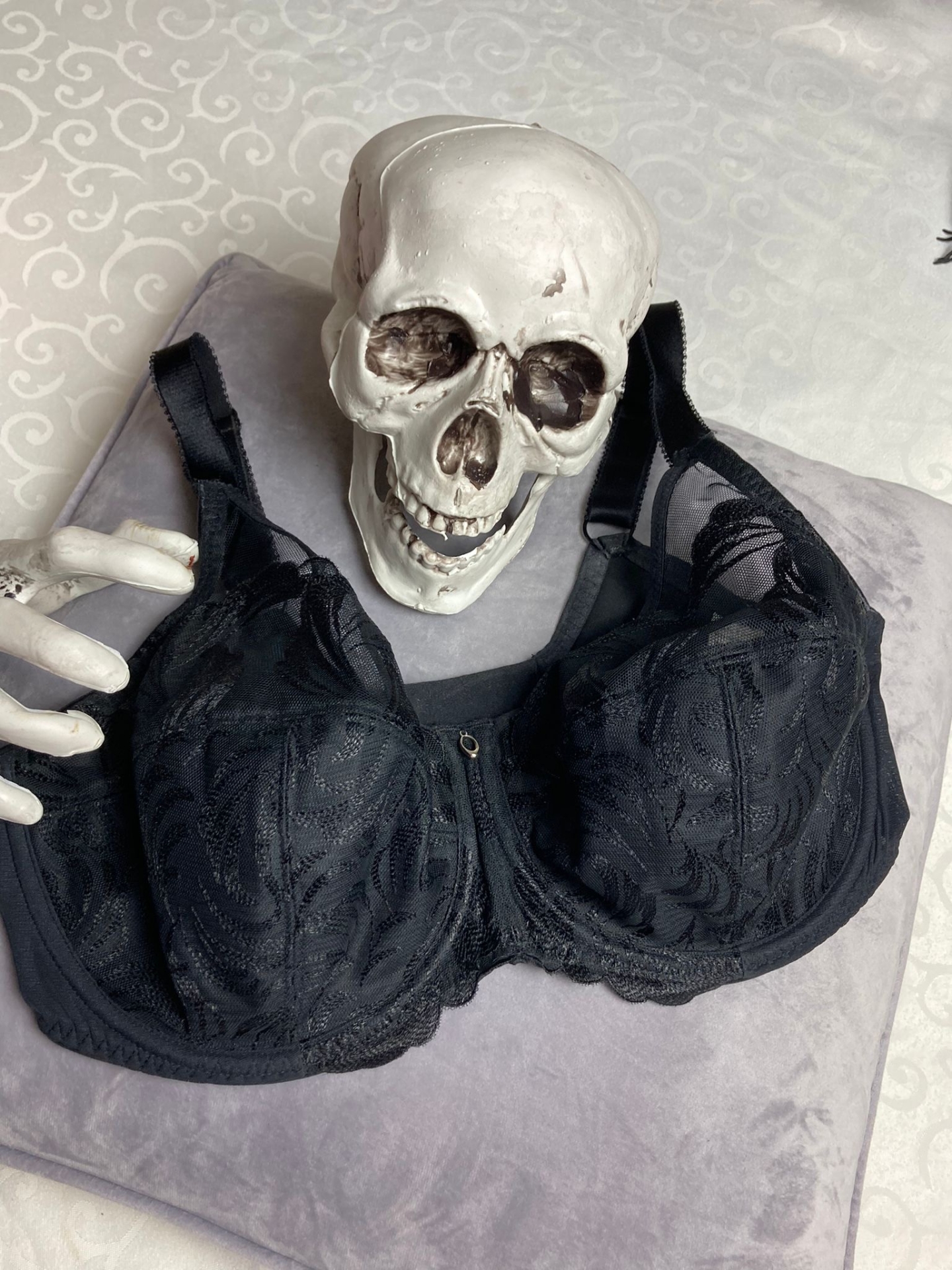 Formed in 1982, Lisnagry FC plays an integral part in the local community. The club believes in a player centric approach to football and the basic premise of the philosophy is to focus less on winning, and more on developing the player.

“We currently cater for children from the age of five to eighteen and have two adult teams at junior level. We have recently started girls only soccer which has proven to be a huge success We currently have almost 60 girls playing soccer on a Saturday morning," said Aileen.

“We have recently applied for Sports Capital Funding for the redevelopment of our main pitch, and as part of that application, we thought about how Scanlon Park could be developed into a true community sports facility for Castleconnell and its surrounds. In later stages we hope to build a walking track, a floodlit 7-a-side all weather pitch, a clubhouse which can be used as a meeting place for small businesses, clubs and societies, and Men’s Sheds. It is planned that this facility will cater for young and old,” said Alieen.

The clubs believes in equal time for all school children players with an emphasis on keeping all children in sport and its aim is, and has always been, is to be an inclusive club which has a wide player base.

“We are very excited to have Down Syndrome Limerick as one of our partners in this redevelopment plan. Ellen Tuffy, chairperson of Down Syndrome Limerick, spoke to us at length about the dual benefits, of sports and mixing with peers, for their members. Together we plan to develop a sports programme which will encourage their exercise and socialisation with the wider community,” explained Aileen. 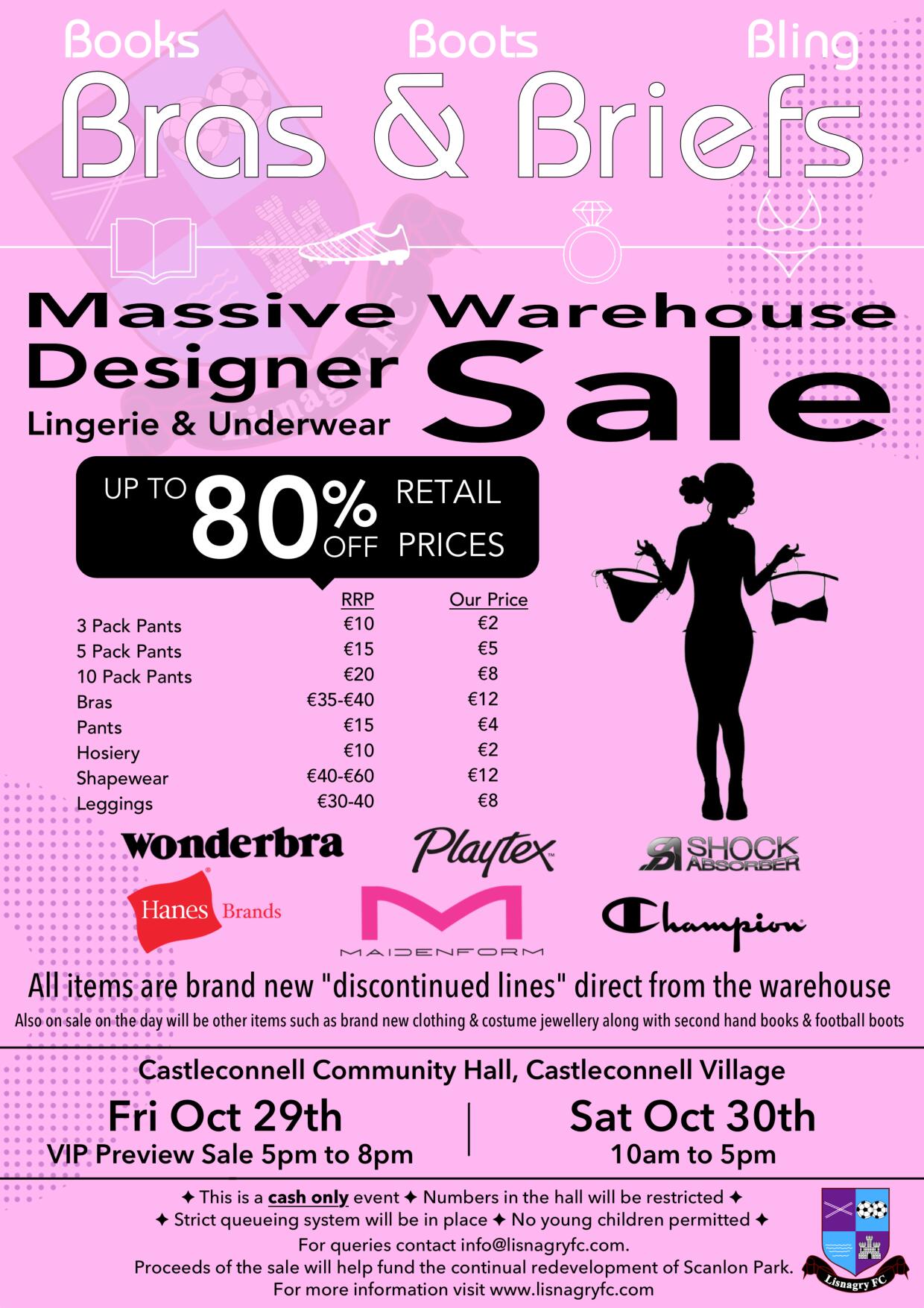 But to bring their plans to fruition they need to get the ball rolling on fundraising.

There will also be clothes, costume jewellery, second hand books and football boots. The Friday night, October 29 from 5pm to 8pm, is a VIP only event.

To get your name on the list send an email to info@lisnagryfc.com

The doors open on Saturday, October 30 between 10am to 5pm.