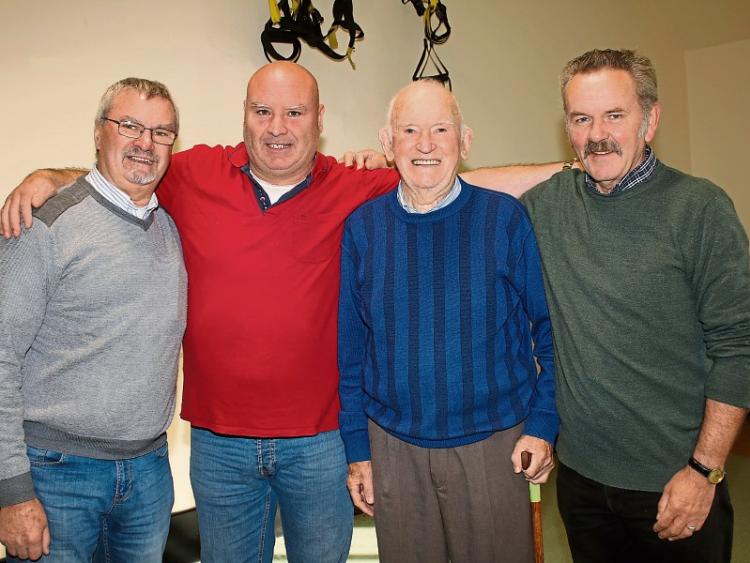 THE MEN’S Shed has become a cornerstone of male society in Ireland over the last decade.

Now, the Caherdavin branch is part of a new pilot scheme called Sheds For Life.

The Limerick Leader visited on Tuesday morning to chat to it’s staff and members about it’s new scheme.

”The three sheds here today are from St. Mary’s Parish, St. Patrick’s and Caherdavin” explained Edel Byrne, as the centre set up for the Tuesday morning session.

”The guys are coming here today to do an hour of exercise, followed by a healthy food made easy programme. It offers basic cooking and nutrition skills. They’ll also be learning CPR, taking part in a mental health workshop, and take part in a course called Safe Talk, which is about suicide prevention in the community.”

“It’s about improving the social, mental and physical wellbeing of our men,” explained Byrne.

”The scheme is unique in that they’re all being delivered within the Shed setting, as opposed sending the men to their primary health carer or community centre; we’ll come to you.”

“All the men are among their peers and it opens up a conversation between the men about their health. It can be an issue for men to open up, so we hope to facilitate that.”

The pilot scheme is also taking place in Waterford, Louth, and Kildare, and is being formally evaluated by the Irish Research Council.

Newcastle West, Glin, Adare, Croom, Galbally, are also participating in the programme, and Byrne said “there’s a sense of community spirit presence; all the sheds are banding together.”

The programme runs for 10 weeks, and Byrne says that time frame is required to “change behaviour” in an individual.

”We’re trying to change attitudes and behaviour towards health in men” stated Byrne.

The scheme itself is a hit among the members.

Among the men getting their bit of exercise in is 88-year-old Seamus Gillespie, of Caherdavin.

“I’ve been coming here for the last nine weeks; it’s been a welcome presence in my life since my wife passed away,” he explained.

Sixty-six- year-old Caherdavin man John Shine is a vocal champion of the programme, saying it’s “relieved the boredom of retirement.”

“When you’re in your 20 or 30s working away, you think to yourself ‘ah, that will never happen to me’ and then the years catch up to you and suddenly you’re retired. This is a great release for me during the week.”