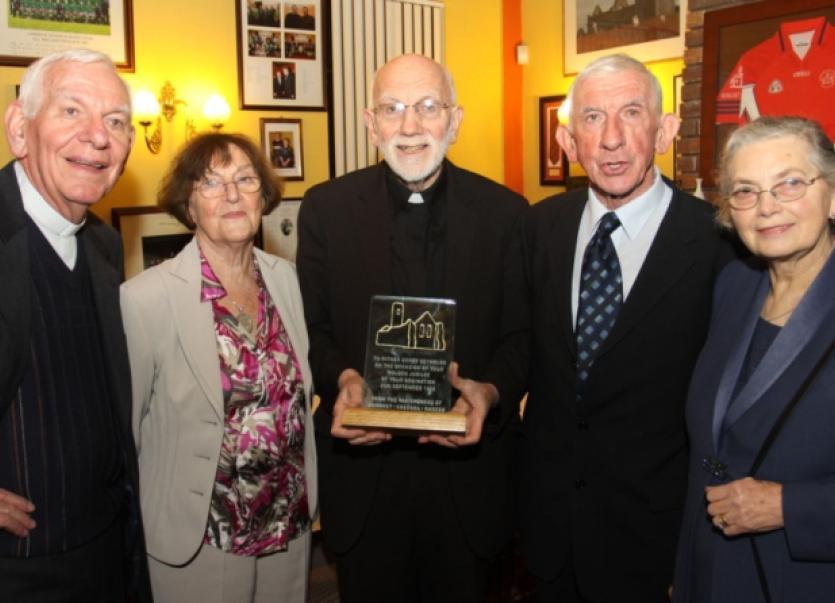 LIMERICK born priest Fr Gerry Reynolds, who played a role in the peace process in Northern Ireland, has died.

LIMERICK born priest Fr Gerry Reynolds, who played a role in the peace process in Northern Ireland, has died.

Fr Reynolds, who was born in Mungret, passed away this Monday in the Royal Victoria Hospital in Belfast. The Limerick man was based at Clonard Monastery in Belfast for more than 30 years.

Clonard said in a statement: “It is with deep regret that the Redemptorist Community at Clonard announce the death of Fr. Gerry Reynolds C.Ss.R. Fr. Gerry past away in the care of the Royal Victoria hospital at 6.50am this morning, 30th November 2015 after a short illness.

“He will be greatly missed by his Redemptorist confreres and colleagues, his family, friends, and the many people whose lives he touched through his Ecumenical, Peace and Reconciliation Ministries. Funeral arrangements later.”

Fr Reynolds was born into a family that was steeped in the ways of the Redemptorists, with two of his uncles priests in the Order. He was ordained in 1960 and spent over 20 years working in various ministries before moving to Clonard in 1983.

With fellow priest Fr Alex Reid he was deeply committed to working for peace in Northern Ireland. Fr Reid was a witness to decommissioning of IRA weapons after working as a go-between in peace discussions. He died several years ago.

Gerry Adams described Fr Reynolds as “a champion of the peace process”, according to a report on the BBC News website this Monday.

“He was central to efforts to develop a peace process years before it eventually took root. I want to extend to his family, and to colleagues in the Redemptorist Order, and to his many friends my sincerest condolences,” said Mr Adams.

A number of Fr Reynolds’ family still live in Limerick, where he would visit regularly.