March for Solidarity with France in Limerick this Friday 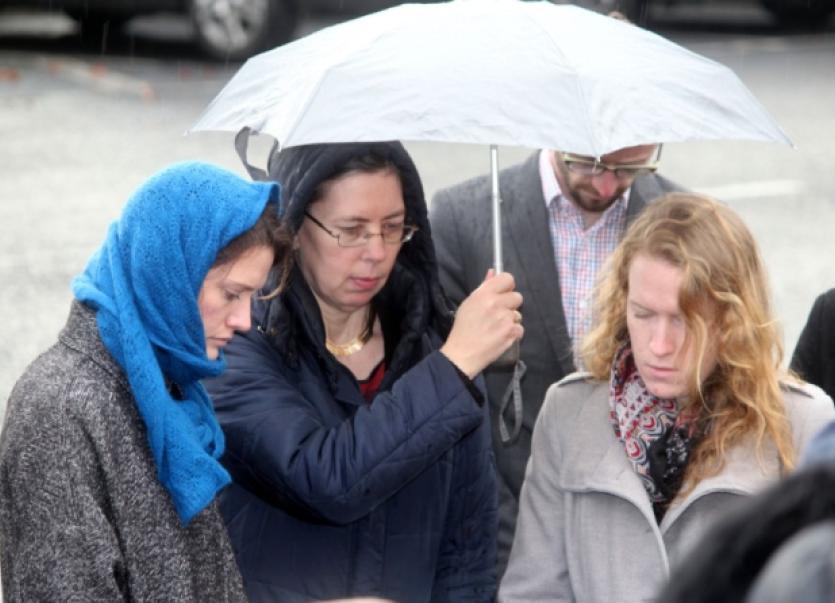 HUNDREDS of people are expected to march through Limerick city this Friday in a display of solidarity with France, following the terrorists attacks in Paris last weekend which killed over 130 people.

HUNDREDS of people are expected to march through Limerick city this Friday in a display of solidarity with France, following the terrorists attacks in Paris last weekend which killed over 130 people.

The March for Solidarity, which will start at 1pm from Arthur’s Quay Park, and end at the People’s Park, is being organised by the University of Limerick’s Students’ Union and the French Society on campus. All are encouraged to attend.

Irish and Munster rugby legend Paul O’Connell, who is expected to move to France next month, was among those who signed a book of condolences in memory of those who died in Paris, at the Alliance Francaise de Limerick this week.

The Toulon-bound second-row, who has retired from international rugby, also signed the book on behalf of his wife Emily, expressing their “sincere condolences,” following the second terrorist attack in Paris within a year.

Dozens of people, from Irish and French and many other backgrounds, signed the book, which opened this Monday at the Alliance Francaise, the second oldest French society in the country.

Meanwhile, thousands of Munster Rugby supporters have been left disappointed, as this Sunday’s Champions Cup encounter at the Stade Jean Bouin has been postponed.

It follows discussions between the European Professional Club Rugby, Stade Francais and local authorities in Paris. A number of other sporting fixtures and concerts have also been cancelled in the French capital for security reasons as the country remains on high alert.

Fans who had intended to travel to Paris should contact their airline or tour operator for further information while an announcement on tickets will follow in due course.

In a statement on the Munster Rugby site, they stated: “In light of recent and tragic events, Stade Francais does not wish to overburden or complicate the work of the government and security forces by organising a sporting event with 15,000 people in the Stade Jean Bouin stadium.”

Munster Rugby chief executive Garrett Fitzgerald said that they “fully understand the decision to postpone this weekend’s game and would not wish to hinder the work of government and security forces in what has been, and continues to be a very trying time for all in Paris and France.

“Now our attention must switch to working with Stade Francais and EPCR in rescheduling the game for a time that is amenable to both sides,” said Mr Fitzgerald.

Members of the local French community gathered across the city this week in a display of solidarity at the Alliance, the University of Limerick and Mary Immaculate College, while a minute’s silence was also observed at Limerick City and County Council.

There was no rendition of La Marseillaise outside the Alliance, which has been sung in defiance across France in the wake of the latest terrorist attacks e.

Instead, people stood solemnly in the rain outside the Alliance, and observed a minute’s silence in memory of those who have died - and to pray for France’s future in a time of increasing uncertainty.

Behind them, flowers had been placed outside its doors, the French flag hung in its window, and a candle flickered inside, beside the book of condolences.

“My thoughts are for the families affected who have lost loved ones, for the people of Paris who have once again [been] subjected to the evil forces. May they have the will and the courage to face adversity,” wrote Marie Hackett, the vice consul honoraire de France, who lives in Limerick.

Speaking to the Limerick Leader, Ms Hackett said while the high number of casualties is in itself deeply shocking, the attack on French way of life and its ideals of ‘Liberte, egalite and fraternite’ have also wounded the nation at large.

“We are still in shock and extremely saddened by what happened. Our thoughts are with the families who have lost loved ones and the Parisian people. At the moment in Paris there is a real fear, and I can understand that. If this happened on our doorstep it would be the same.

“There is great uncertainty about the future, and that is the worry, because fighting is necessary as these evil people are attacking our way of life, our way of thinking, and the basis of our culture - based on freedom, equality, and fraternity, and we are very proud of that. So, we are going to stand united and fight it.

“But fighting it is difficult, because you are not fighting a country. You are fighting an ideology, and the enemy within. I also feel extremely sorry for the Muslim population in France. Many of my friends are Muslims, and they are extremely respectful people.”

She said on this occasion the attacks are different from the Charlie Hebdo massacre in Paris last January, which were “more political” and an attack on freedom of speech.

“This time the targets are people out on a Friday night, and not in a well-off restaurant, not a bourgeois area, just ordinary young people sharing a bottle of wine in a cafe or listening to music.

“The extremists don’t agree with our way of life. They call us depraved. Why are we depraved? Because we have the right to education, we can read any books we want, listen to music, believe in a God or not, laugh and flirt and even have sex outside marriage,” she said.

Anissa Bennaili, who is from Lorraine in northern France, said what happened was very shocking, but the fear now is that it may happen again. “Even though we’ve read the newspapers, and seen the images on TV, it’s still very hard to grasp. The important thing is for the nation not to be divided, and to stay together, especially when general elections are coming soon. Things will change, but I hope just for a while, and not forever.”

Kate Fleming, president of the Alliance Française de Limerick, following consultation with the French Embassy, they have decided to run their programme of events as normal, including their Beaujolais Nouveau Soirée this Thursday from 8pm.