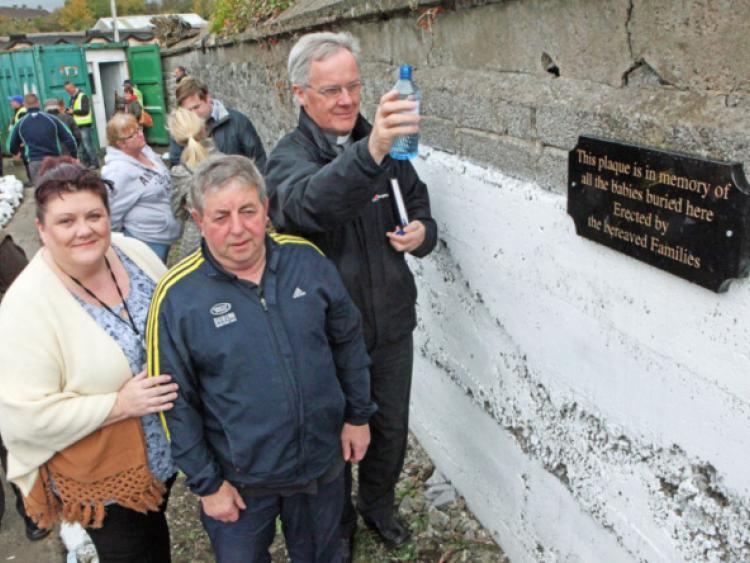 THE oldest graveyard in Limerick city has been restored to its former glory, thanks to a huge effort from the local community.

THE oldest graveyard in Limerick city has been restored to its former glory, thanks to a huge effort from the local community.

St Lelia’s Graveyard in Kileely was closed to the public over the summer after vandals broke in and stole lawnmowers and other equipment needed to keep the cemetery in top condition.

After the Leader revealed how the graveyard had become overgrown and inaccessible, there was a groundswell of support with €5,000 raised within days to replace the stolen goods.

And last Friday, more than 150 people in the community attended a special Mass, where Canon Donal McNamara re-blessed the cemetery.

“It is an absolute credit to all concerned. It makes it so pleasant and easy for you to come and pray for all your deceased loved ones. I want to congratulate Linda [Ledger] for co-ordinating the whole thing,” he said.

Special credit was also given to Garryowen man Martin Toomey who spent most of the summer removing the ivy from the walls of the graveyard, and helping clean up the garden.

It was his idea to have a plaque erected to remember all the babies buried.

Eileen Bourke of Ballynanty, whose three month old son was laid to rest in the cemetery said she will come down and visit him a lot more often now the clean-up is complete.

“It was heartbreaking to see it vandalised,” she said, “I would have been scared in the past [due to the overgrowth], but no longer.”

Her sister Beatrice added: “Seeing it today, you have to give so much credit to Linda, the centre and the community. It is just beautiful.”

St Munchin’s Community Centre manager Linda Ledger said she is only a “facilitator” for the area’s people to come together.

She said: “We are blessed. It shows the community spirit here, and that’s why today is about our community. We are just facilitators. The amount of volunteers we have had has just been amazing. It has been very emotional, especially for people who had children buried here, and there were no markings.”

The day concluded with Clareview woman Ann Powell presenting a bunch of flowers to her aunt Breda. The family have had an involvement in St Leilia’s graveyard the last 50 years.