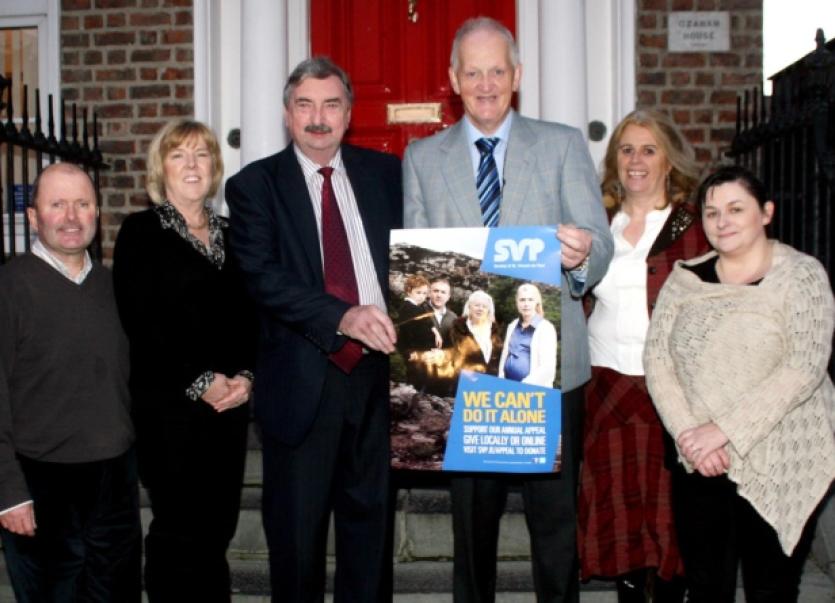 “THERE is no work of charity foreign to the society, but there are limits to the finance we have.”

“THERE is no work of charity foreign to the society, but there are limits to the finance we have.”

Standing at the door of the house named after the founder on Hartstonge Street, Michael is making the annual Christmas appeal on behalf of the society for funding to help those in need of assistance.

“We can’t do it alone,” is the overriding message emanating from the society.

“We need support. Never in my 30 years in the society have we needed funds as badly as we do now,” says Michael.

The issue is exacerbated by a 25% increase this year in requests for assistance with some 7,500 calls coming through the Limerick office alone.

“As a result of the increased demands on us over the past two or three years, for the first time in 15 years, we were not self sufficient in the Mid West for the last year,” says Michael.

“We had to go to national office to make up the shortfall. Obviously this can’t continue permanently.

“The public here have been fantastic to us over the years, and we would hope that they would continue to give us their support this Christmas. Where the real shortfall has come has been corporate donations and in funding services.

Of these cries for help to the society, some 15% are first time applicants seeking assistance, representing a change in profile of those falling into the poverty trap.

“For a lot of those people it is very difficult to make that first call, because many of these people would have contributed to us in the past. There are particularly vulnerable people out there,” explains Michael.

“What we have found is that the cost of utility bills in particular has hit people hard. We have had increases of about 40% over the last three years. Education is proving extremely difficult because, as we are all aware, college fees have continued to increase,” he adds.

The society concentrate on food, fuel and education, believing in the latter particularly as a way to bring people out of poverty.

Some 3,000 hampers will be distributed by the SvP in Limerick alone, 6,000 across the Mid-West. But they need support, with church gate collections to take place this weekend and next in the city and county.

“We would ask people to be as generous as they possible can,” says Michael.

“We want deserving families to benefit - come early and we will find a good home for whatever they give us.”