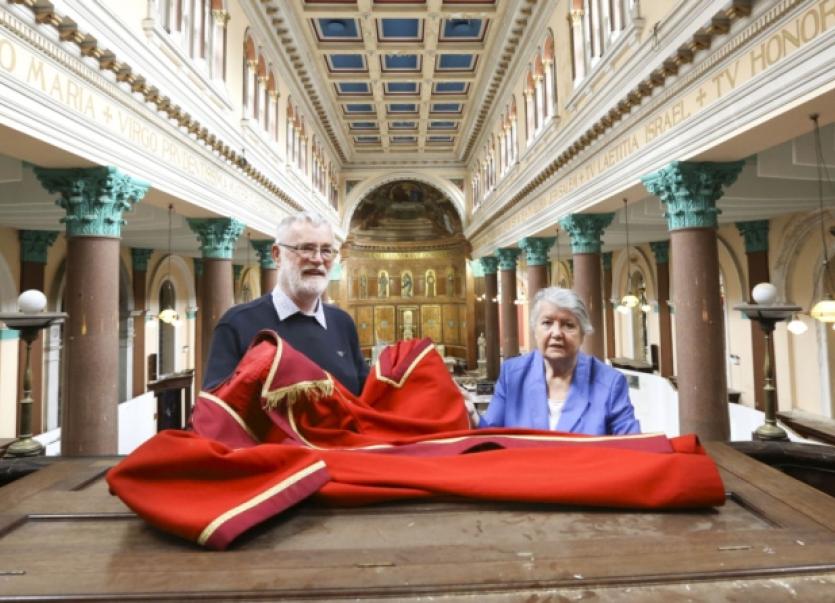 limerick City and County Council has been forced into a U-turn after an angry response to plans to do away with the ceremonial robe of office.

limerick City and County Council has been forced into a U-turn after an angry response to plans to do away with the ceremonial robe of office.

Since Limerick City Council was founded, its members have worn red robes of office initially to all meetings, but then latterly to special functions such as the mayoral election.

This week, Mayor Kathleen Leddin handed over her robes to be preserved in the city museum, and a spokesperson for the City and County Council said that members of the new merged authority will no longer wear the robes.

However, this has resulted in a furious response from Cllrs Kieran O’Hanlon, Fianna Fail, and Joe Leddin, Labour.

Cllr O’Hanlon threatened to buy a red robe himself to wear in the chamber, if he was not allowed to wear a council-supplied one.

And Cllr Leddin has branded the move “disgraceful”.

This has forced the council to backtrack, with a council spokesperson saying if the 21 metropolitan councillors wish to robe up ahead of the mayoral election on June 16, they can do so.

Cllr O’Hanlon said: “Wearing robes is part of our tradition. I am really furious about this: if they do not provide robes, I will wear a robe myself. I will go away and get myself a robe. I presume Dublin City and Cork City [councillors] will continue to wear robes. What right has Phil Hogan got to interfere? The sooner he’s gone to Europe, the better. They are welcome to him. He has shown a total lack of respect for the people of Limerick.”

Cllr Leddin added: “The decision should not have been made without any discussion with the council. I think it’s disgraceful. If the collective decision of the city councillors is that we should do away with the robes and secure some other form of identification, then so be it. But as far as I am concerned, management are getting off on the wrong foot by making this decision in a vacuum.”