On the beat: pilot project sees gardai team up with Limerick retailers 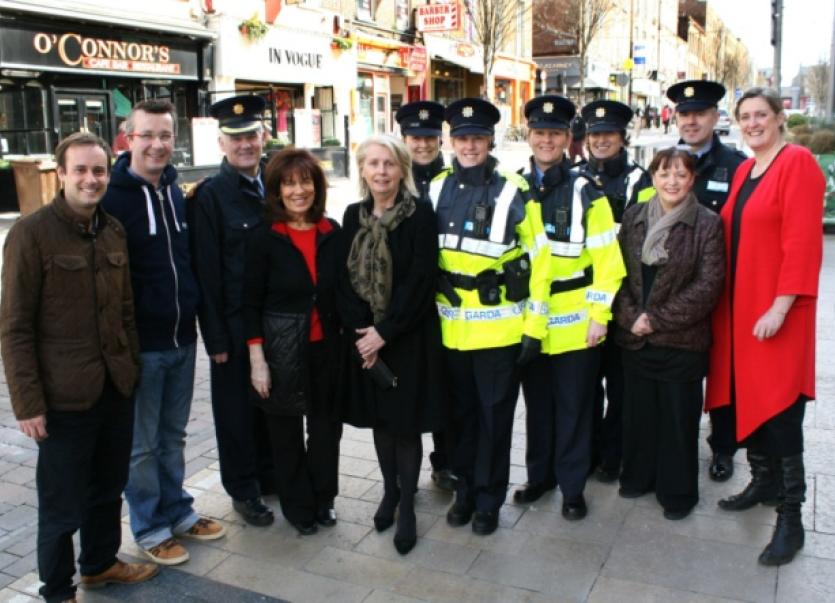 A NEW pilot project between An Garda Siochana and city retailers will see four dedicated gardai ‘on the beat’ on city streets during working hours.

A NEW pilot project between An Garda Siochana and city retailers will see four dedicated gardai ‘on the beat’ on city streets during working hours.

The initiative, a collaboration between Henry Street and the City Business Association at Limerick Chamber, will see the same four gardai on a “dedicated patrol” during the key retail hours of 10am-6pm.

The latter said at the launch on Bedford Row this Wednesday that “we are committed to ensuring a visible Garda presence on our main city thoroughfares”.

“Chief Superintendent Dave Sheahan and I are committed to this pilot project and have committed resources to ensure its success,” explained Supt Dan Keane.

“We hope the pilot will enhance the sense of security in our city centre and we look forward to developing strong working relationships with traders and businesses over the coming months”, he added.

Prior to this gardai had been posted on a rota basis - morning or evening - in the city centre, and retailers had long argued for a more visible presence.

The project will address issues such as shoplifting, street begging and street collections, while the four gardai will seek to develop a “face to face” relationship with city retailers.

“Over recent months we have developed a very good relationship with Chief Superintendent Dave Sheahan and his team at Henry Street,” explained Helen O’Donnell, chair of the City Business Association.

“We are delighted that this pilot initiative is being introduced and look forward to continuing to work on behalf of traders in the city centre when it comes to issues regarding security, safety and the day to day working of Limerick city.

“It is important that traders and business make the effort to get to know the four Gardai that have been assigned the new daily beat in the city centre.

“This initiative is a first for the city and the success of the pilot depends on all parties concerned playing their part”, she added.

The new pilot project will also focus on forging strong links between the security staff that operate within the various stores in the city and the gardai patrolling the streets.

The business association and the gardai said they would welcome the views of the retail sector or the public as to “the effectiveness of this new initiative”.