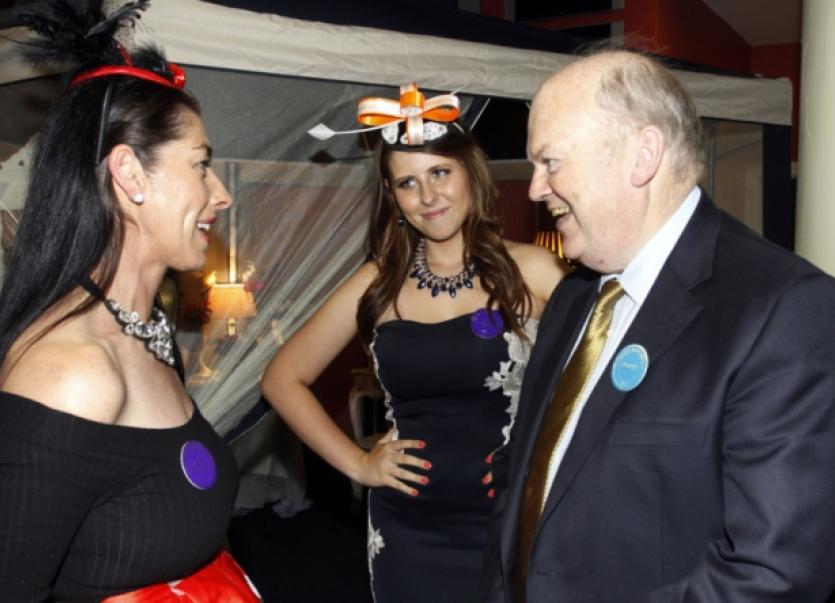 They were the sentiments of everybody involved with the show as the weather forecast was terrible. Some even feared that the annual showcase in Limerick Racecourse would have to be cancelled

Limerick Show president, Leo Walsh feared it would be a wash-out but it was only men, women and children streaming through the gates. “I woke up a couple of times during the night and it was lashing but thankfully it has stayed dry,” said Mr Walsh, who was speaking at 3.30pm on Sunday.

Saturday was curtailed after a heavy shower at around 4pm but numbers were still up on last year. “It is too early to say for Sunday but it looks very busy. I estimate up to 20,000 over the two days. But the most important thing is everyone I’ve spoken to is delighted with it and has enjoyed the show,” said Mr Walsh.

There were lots of activities for those with no interest in cattle, horses, sheep, goats or poultry. The new “kids zone” kept the small ones entrained with free bouncy castles, face painting, disco dome, balloon making and even a train. While their parents could enjoy the healthy living expo, artisan food hall and retail village.

The special display of the Limerick City Urban Horse project was extremely popular with dozens entering a colouring competition on the equine theme. It was Munster star CJ Stander’s first Limerick Show and he says it will be the first of many.

“Farming is something I enjoy - it is my passion and hobby. I am going to walk around now and enjoy the sights. It is a very enjoyable day,” said the Munster back row forward who was accompanied by his wife, Jean Marie CJ had a special word for Keith Earls ahead of the World Cup. “He is playing unbelievable,” said CJ.