Limerick is in Andy Lee’s Corner ahead of big fight 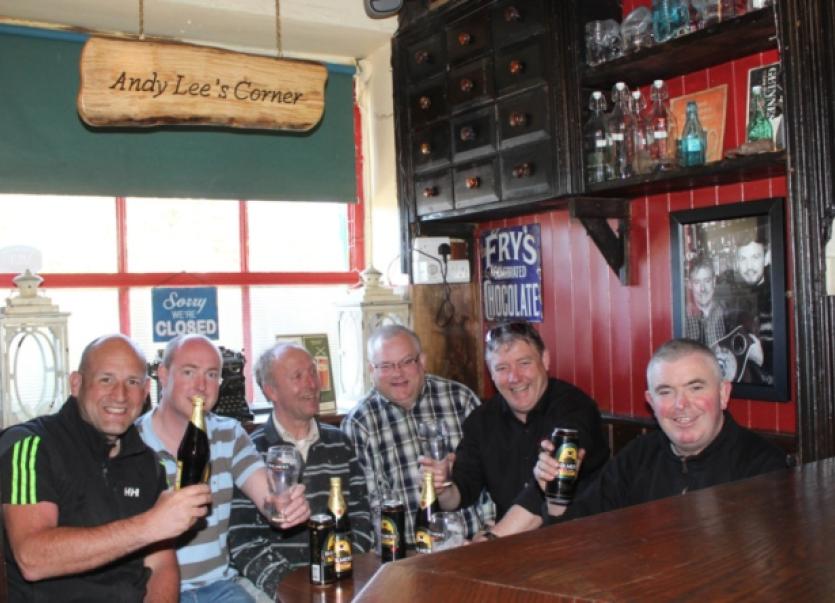 IT ONLY seems like yesterday that Andy Lee got the homecoming to end all homecomings in Castleconnell – but he will be back in the ring in the early hours of Sunday morning.

IT ONLY seems like yesterday that Andy Lee got the homecoming to end all homecomings in Castleconnell – but he will be back in the ring in the early hours of Sunday morning.

Box Nation is sure to see a big rise in subscriptions in Castleconnell, Ahane, Lisnagry and Montpelier, but a number of locals are set to travel to the Big Apple too.

Andy’s great friend, Paul O’Donoghue is flying out this Thursday.

“There are a good few going. I’m looking forward to the build-up. I’ll be going to the weigh-in on Friday and then the fight on Saturday night,” said Paul, who will have the best view of everybody in the parish as he has a ringside seat in the Barclays Centre in Brooklyn.

Andy and Paul go back years and fame hasn’t changed him one iota. Paul likens the man named Limerick Person of the Year in 2014 to Paul O’Connell.

“Every one likes Andy and has a good opinion of him. Like Paul, Andy has time for everyone. He is a genuine guy who has worked hard to be up with the best in the middleweight division.

“He is as good as any of them. He is able to fight in tight and he has that power in both hands,” said Paul, who predicts a good fight.

“It’s like a game of chess at that level and you have to take your chance when it comes,” added Paul, who is returning to Limerick on Tuesday.

Back at home the buzz is building.

Parish priest, Fr Brendan Kyne said there is a wonderful sense of anticipation for what is about to unfold.

“There is a palpable air of expectancy that Andy will retain his world title and that he will be successful. We are looking forward to it with huge hope that he’ll achieve that goal in life,” said Fr Kyne, who reflected on that January evening when thousands came out to greet their hero.

“It was a fantastic night in Castleconnell. It bonded the community, very much so, because Andy is very much one of our own and he is a charismatic person in many, many ways. If you lit a match, the place would have gone up. It was like an All-Ireland almost.

“He is a terrific role model and he inspires people because he is very courageous, very considerate. The children and the young adults who came on the stage - he gave them ample time to be very much a part of that celebration by being with them and taking photographs with them and making them feel special.”

Will Fr Kyne be staying up late despite his priestly duties on Sunday morning? Coverage is due to begin at 1.30am with the fight estimated to start after 2am.

“You can be sure of it! I would have gone out [to New York] only for I have another commitment. I’ll pop down to a friend’s house, we get together, have a cup of tea and cheer him on,” he said.

Proprietor of Bradshaw’s bar, Padraig Power unveiled Andy Lee’s Corner this week. The pub used to be Andy and his friends haunt many year ago and now Andy will have his own place to sit.

“That will be his forever more. It is where Andy, his mum, wife and family sat after the homecoming to enjoy tea and sandwiches.

“We all wish him the best of luck and are backing him the whole way.

“We are hoping to have another big party on Sunday when we will be showing repeats of the fight,” said Padraig, who has been in touch with Andy on Twitter.

“We all wish him the very best of luck,” said Padraig.

George Lee says they have seven banners and signs erected at entrances and exits to the village saying “Best wishes to Andy from all in Castleconnell”.

And the same can be said for all of Limerick.