Synod in 2016 can help to ‘refound’ Limerick Diocese 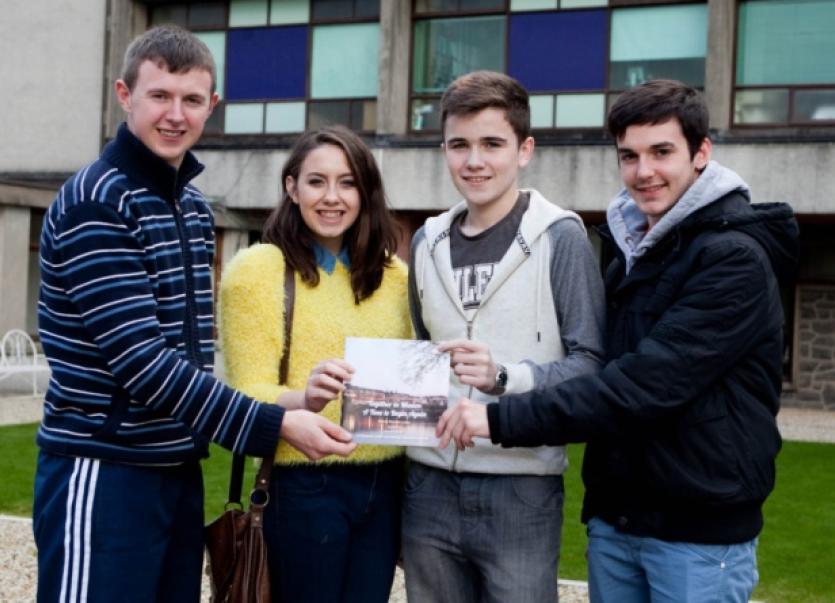 AN 18-month period of “reflection and listening” preceding the first Synod to take place in Limerick for 70 years can help to “refound” the Diocese.

AN 18-month period of “reflection and listening” preceding the first Synod to take place in Limerick for 70 years can help to “refound” the Diocese.

This claim was made by a leading US based professor of theology at the first gathering ahead of the three day think tank that will take place in early 2016.

Some 350 delegates, drawn from all areas of Catholic faith in Limerick, have stepped forward for selection for the Synod, attending the opening event in Mary Immaculate College last weekend.

The council of the church was announced by Bishop Brendan Leahy recently, when he declared that it would seek to “identify the issues” facing the Diocese when it takes place.

The lead-in period to determine the topics for discussion at the event has now begun and will be launched officially at a Mass in St John’s Cathedral on December 7.

Fr Paul Philibert – a Dominican friar and expert in pastoral theology from the US who has written extensively on church, spirituality, and liturgy – told the gathering in MIC that a Synod is “essential” to determine a pathway forward for the Church in Limerick.

“The Synod will help us to name the unusable past and to aim for the necessary future” he said.

“In his pastoral letter of convocation, Bishop Brendan clearly indicated that the Synod will have some mighty challenges ahead of it. He referred to the ecclesial trauma caused by the revelation of horrible deeds done to children.

“Moreover, the practice of the faith has declined, and the majority of our young adults have not settled down into the church as a spiritual home. In a broader sense, not just Roman Catholics, but the Irish people as a whole find it harder to see the link between faith and culture.

“There is, as Pope Francis keeps reminding us, a profound need for re-evangelization.”

The calling of the Synod is more than symbolic for a Bishop who has now firmly established himself in Limerick since his appointment in 2013. Launching the roadmap for the Synod recently, Bishop Leahy said there would be a “vast process of reflection and sharing, catechesis and prayer, out of which we will identify the issues that will be discussed at the Synod.

“I hope that as many as possible throughout the Diocese will be involved,” he explained.

His call appears to have been answered, with large numbers of people signing up to take part in the Synod and representatives drawn from across all sectors of the community, with a strong emphasis on youth.

This was reflected in the delegates selected at the first meeting last weekend and those selected are drawn from 60 parishes and 25 other groups, ranging in age from those in their late teens to people in their ‘80s.

“They are drawn from all sectors of society, from politicians to doctors and people drawn from various ethnic backgrounds right through to the unemployed and students,” said a spokesman for the Diocese.

Reflecting on the first gathering of delegates, Bishop Leahy said: “This was the first coming together for the delegates and there was definitely a real sense of energy and enthusiasm about the role of the diocese going forward and how we can look at the obvious challenges we face, not as hurdles but platforms for positive change.”

Fr Éamonn Fitzgibbon, episcopal vicar and director of the Synod, said the beginning of the process had been “really engaging and energizing”.

“Fr Philibert delivered a captivating address and there was much more food for thought in the various workshops,” he said.

“Ultimately, there is huge goodwill for the Diocese and an appetite for the positive change that we are going to effect.”