Priest denies he was ‘exiled’ to Limerick 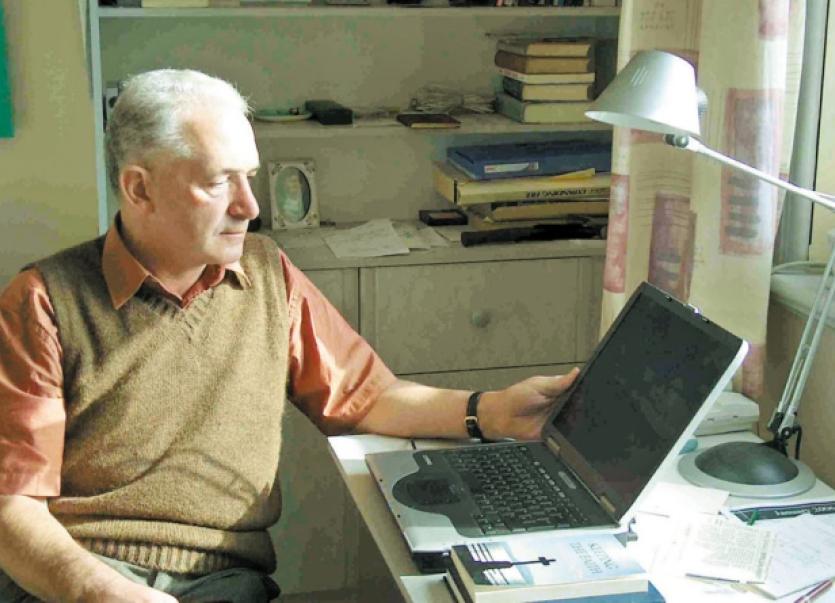 DROGHEDA priest Fr Iggy O’Donovan has insisted he has not been “exiled” to Limerick, but his removal from his post in Louth has been heavily criticised by Limerick priest who has also been ‘silenced’ by the Vatican.

DROGHEDA priest Fr Iggy O’Donovan has insisted he has not been “exiled” to Limerick, but his removal from his post in Louth has been heavily criticised by Limerick priest who has also been ‘silenced’ by the Vatican.

The uproar centres around a complaint that Fr O’Donovan, an outspoken Augustinian, allowed godparents to pour water on a baby’s head during a baptism, which contributed to him being removed from his parish.

The complaint, which was made without the knowledge of the parents, who later said that they fully support Fr O’Donovan, was addressed to Cardinal Sean Brady and subsequently forwarded to Rome.

The baby was baptised for a second time, after another priest in the diocese approached the parents and told them the baby would have to be baptised again – but not by Fr O’Donovan, who has now left Drogheda for a year-long sabbatical in Limerick on the orders of his superiors.

In an interview with Sean O’Rourke on RTE Radio One, Fr O’Donovan said he was “not being exiled” to Limerick.

“I’m sure going down to Limerick, next door to my home in Tipperary, would hardly be exiled. There’s a fine Augustinian presence there. I’ll give it my best shot,” he said.

Fr O’Donovan, who will celebrate the 30th anniversary of his ordination this year, added that the Augustinians have not made any sanctions against him. “I’ve given my life to the Church; I love the Church,” he added.

Fr Tony Flannery, a former rector of the Redemptorists on Mount St Alphonsus in Limerick, has accused Cardinal Sean Brady of behaving “very inappropriately” in reporting Fr O’Donovan to the Vatican.

Fr Flannery, 66, and a Redemptorist since 1964, revealed last year that he had been threatened with excommunication over his views on women priests, contraception, celibacy and homosexuality, and has been barred from his ministry. Fr Flannery, however, believes that the baptism was valid. “The correct words of the sacrament were spoken and water was poured over the child making the baptism perfectly valid,” he claimed.

He called on the leader of the Catholic Church in Ireland to clarify the grounds on which the original baptism was deemed invalid. Under canon law, there is no need to have a second baptism if a person is validly baptised even if unlawfully. This allows for lay people to baptise a dying baby if there is no priest available.

In his homily in Drogheda last week, Fr O’Donovan said: “I cannot leave here today without making some reference to a distinguished colleague of mine in the priesthood. I speak of Fr Tony Flannery. If I had not been made aware first hand of the details of this case I could not have given it credence.”

“Even hardened veterans are shaken by the murkiness of the devious world of ecclesiastical politics.

“How has it come to this, that a great and good priest like Tony, who has dedicated his life to the preaching of the Gospel, is persecuted with a zeal that is as pathological as the paranoia that feeds it?”

“How has it come to this that sincere thinking Catholics are walking away from our Church believing that the battle for sane Catholicism is lost,” Fr O’Donovan said.

Fr Flannery recently launched his book A Question of Conscience, details his dealings with the Vatican.

It will not be for sale in Veritas bookshops, which is owned by the Irish Catholic Bishops Conference. There are 11 such bookshops in Ireland.

In June, Fr Brendan Hoban, a founder member of the Association of Catholic Priests, also launched his book, about his fears for the future of the Church, entitled Who Will Break Bread for Us?

He dedicated it to six priests who have been silenced or threatened with silence by the Vatican: Fr Brian D’Arcy, Fr Seán Fagan, Fr Tony Flannery, Fr Gerard Moloney, Fr Iggy O’Donovan and Fr Owen O’Sullivan.