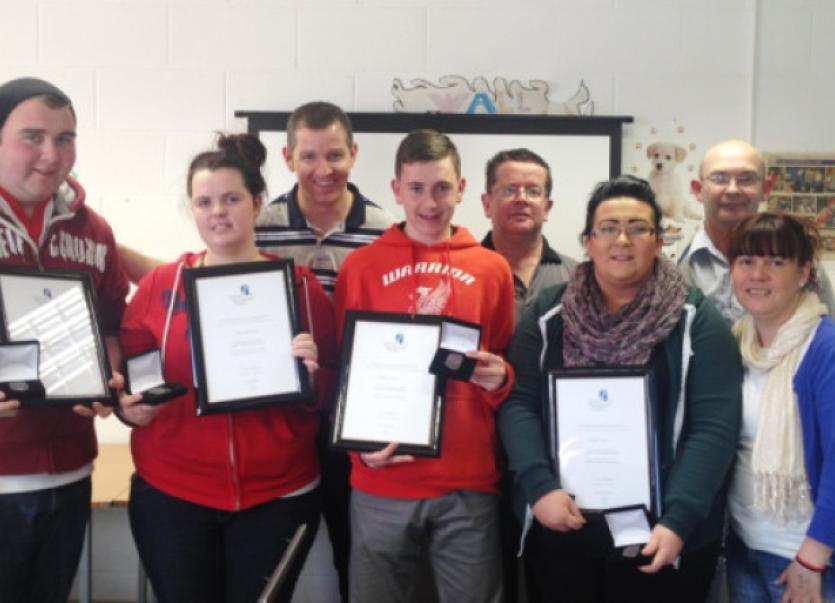 Members of the Southill Club2gether Youth Project began working towards the Gaisce award earlier this year after consultation with their youth workers.

To get the award each participant was required to learn a new skill, undertake weekly physical exercise and volunteer time in a local community project.

For their major physical challenge, they climbed one of Ireland’s highest mountains - Croagh Patrick in Westport.

On top of this, the group organised, planned and hosted the very first Youth Exchange run by the project when they hosted Omagh Youth Centre for six days in July 2012.

Youth worker Cathal Dillon said there was an overwhelming sense of pride and achievement among the participants, the Southill Club2gether staff, and their families.

Each youngster was awarded with framed Gaisce certificates of completion, as well as their much awaited bronze medals and pins from project volunteer Timmy Keehan.

Cathal added the event gave the participants and their families a chance to see some of the challenges the group overcame with a slideshow of photographs of the various aspects of the challenge.

Cathal added: “The Gaisce President’s Award sets a challenge to all young people aged 16-25 and encourages them to learn new skills and get involved in their local community, I am delighted to see them receive their awards and I am looking forward to supporting any of them who wish to go on and register for the silver award in 2014.”

Over the weekend, students from the Southill Club2gether programme took part in the Great Limerick Run to raise funds for the Southill Area Centre’s youth programmes. This came as the result of a discussion on developing new skills and ability.

They were supported by LIT work placement student Bobby Ryan.