Diamond jubilee of unveiling of Marian shrine in Mungret 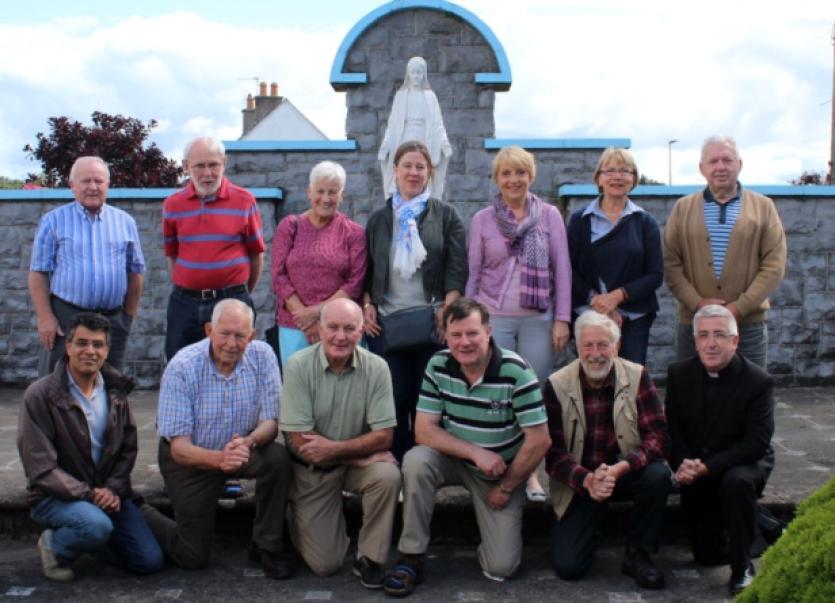 Sixty years after the Marian shrine in Mungret was unveiled and blessed, the community is preparing to mark the anniversary of that special event with a diamond jubilee celebration.

Sixty years after the Marian shrine in Mungret was unveiled and blessed, the community is preparing to mark the anniversary of that special event with a diamond jubilee celebration.

The event, which is due to take place on Friday August 14, will feature a re-enactment of the procession which took place on the same day in 1955 and the organisers are hoping that many of the original participants and/or their descendants will take part.

One of those who was there on that August day 60 years ago was Nessan O’Donoghue and he is one of the organisers of this event. “We are fortunate in having a comprehensive photographic record of the event, being the work of the great Limerick photographer Eamonn O’Connor. The photographs vividly portray how a community celebrated a major religions event in the 1950s,” he said.

Those photographs - some of which are reprinted here - show the large crowd that took part in that original procession, with young people, men and women all marching in distinct groups.

“As well as being a celebration, the event will also enable a reunion of previous participants who will not have met together as a group for 60 years,” said Mr O’Donoghue, who added that they are aiming to re-enact the original procession in as much detail as possible.

“Those who walked in 1955 will walk in the same order as before - in other words men to the front. We will also carry old time banners and of course be following the Limerick Pipe Band as previously,” he said.

The Mungret shrine was one of several Marian shrines built around Limerick in the wake of the Marian year of 1954. An all male voluntary committee oversaw its construction, with local men doing the building work and Jack O’Donoghue with Paddy Leyden, both stone masons, carrying out the stone work.

The women were responsible for the decoration of the shrine and village with Mrs May McKeown selecting the marble statue of Mary which was procured in Italy. The project was undertaken at the behest of local parish priest Canon Punch. Because it had two public houses, the Canon was against locating the shrine in the village and wished to have it sited near the Catholic Church in Raheen. However, he was prevailed on to change his mind when the proprietors of O’Donnell’s pub in the village offered to donate a site on their grounds free of charge. The shrine is situated in a prominent position at the western entrance to the village. Its official unveiling was a joyous occasion, which many of those those who were there still remember vividly.

A report on the occasion in the described the scene as “inspiring and impressive”.

In went on: “Mungret Village was tastefully decorated for the occasion. The statue is situated in a commanding position at the western end of the village and was erected by a large number of local workers who gave their services voluntarily.”

The diamond jubilee celebration will take place at 7pm on August 14 and people are being asked to assemble at Mungrets St Paul’s GAA club from 6pm. Following the procession, there will be a reception in the Westward Ho.