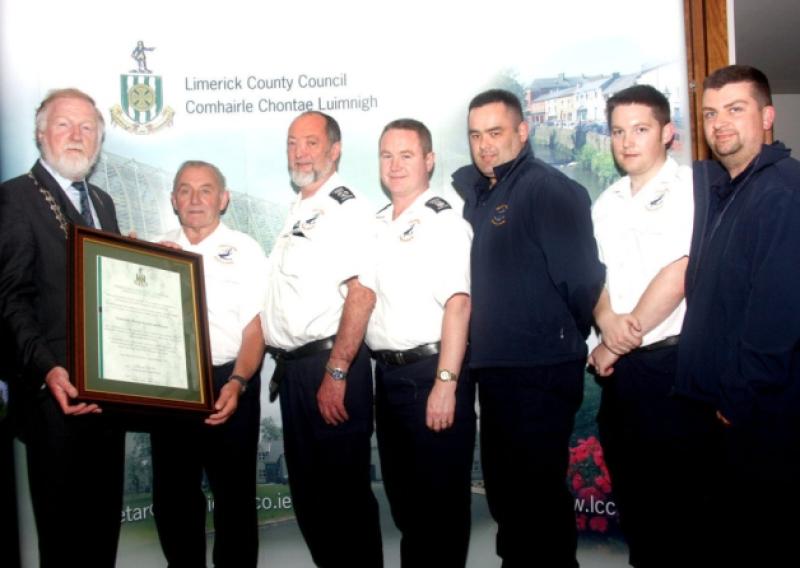 The outgoing cathaoirleach of Limerick County Council, Cllr Jerome Scanlan, spread a little magic dust this week when he held a special civic reception to honour individuals and organisations from around the county for their commitment and outstanding work.

The outgoing cathaoirleach of Limerick County Council, Cllr Jerome Scanlan, spread a little magic dust this week when he held a special civic reception to honour individuals and organisations from around the county for their commitment and outstanding work.

And there were smiles all round at a ceremony that included people from the worlds of sport, the arts and the community sector.

The civic reception is the highest honour the council can extend to any citizen and Cllr Scanlan had words of praise for all those receiving scrolls of honour.

It was, he said, a way to celebrate all those who “in their own way have made a significant contribution to their local community or who have achieved considerable success in their respective field of expertise.”

”You are being given official recognition for your outstanding efforts and for having made an excellent contribution to Limerick’s long-standing, proud sporting reputation,” Cllr Scanlan said.

Among the community-based organisations honoured was the Irish Red Cross and their long tradition of humanitarian service.

Limerick Marine Search and Rescue was also recognised for its extremely important role, and in doing, Cllr Scanlan said, the council was also expressing appreciation for the role of all statutory bodies, volunteer organisations and individuals who contribute to emergency response efforts 24 hours a day, 365 days a year.

The work of the County Limerick Housing Services Company Ltd was needed more than ever now, Cllr Scanlan said in tribute.

Austin Cregan, who has given 43 years service to the Lough Gur Group Water Scheme was also presented with a scroll for his voluntary work while Seamus Stack of the Dromcollogher and District Respite Care Centre was similarly honoured.

“I was surprised,” Mr Stack said afterwards. “It is very nice to be recognised.”

Set up 12 years ago, the care centre was the first and remains the only community based respite care centre in the country. “The Sisters of St Joseph are the making of the place. They have a fantastic commitment to the centre,” Mr Stack added.

Maire Keary-Scanlon was honoured for her role as director of the Limerick County Youth Choir which has won both national and international recognition. “I feel immensely humbled and honoured,” she told the Limerick Leader. “There are so many fantastic people working in the arts and it is a real honour to be mentioned among them.”

Fiona Quinn, the director of the County Limerick Youth Theatre, was described by Cllr Scanlan as the “Pied Piper of adolescents” who had introduced hundreds of young people to drama and the arts generally. “Fiona has the imagination and the heart to see the potential and the good in every young person she encounters,” he said.

Tony Rogers’ “passion for and knowledge of” classical music had ensured that the series of classical music concerts in Castleconnell were an outstanding success, Cllr Scanlan continued, presenting him with his scroll.

Mary Hartney, who co-founded the integrated dance company Spoken Dance with the backing of county arts officer Joan MacKernan was also honoured for what the Cathaoirleach described as her ground-breaking work in integrated dance.