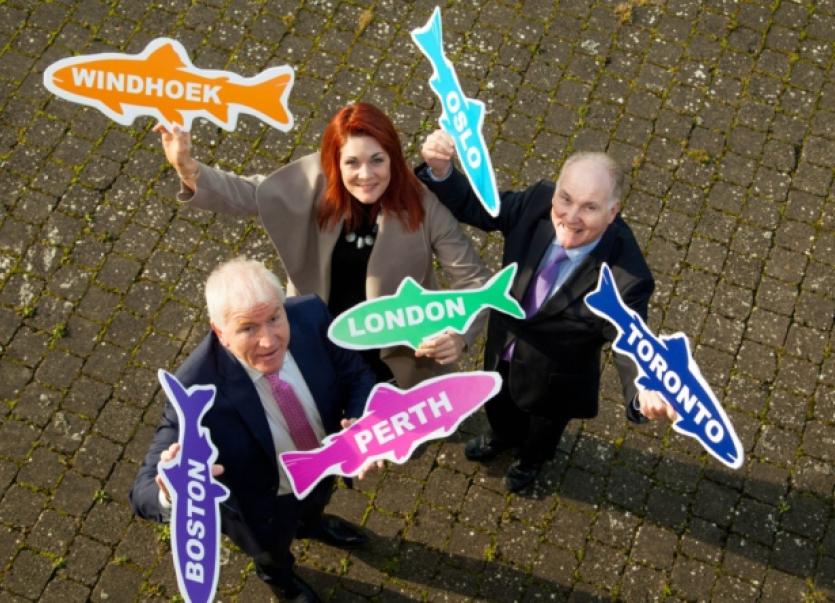 THE fruits of 16 months’ worth of work seeking to gauge the opinion of a slice of the estimated 3.5 million people worldwide boasting some affinity to Limerick were revealed this week.

THE fruits of 16 months’ worth of work seeking to gauge the opinion of a slice of the estimated 3.5 million people worldwide boasting some affinity to Limerick were revealed this week.

A scoping study, carried out by academic Sarah Gibbons, was commissioned as part of a local authority initiative by the Global Limerick Network working group and launched by Minister for the Diaspora Jimmy Deenihan in City Hall on Monday.

Tim O’Connor, vice-chair of the 15-person working group and former Gathering chairman and City of Culture vice-chair, said the endeavour was about “one homeplace reaching out systematically to its citizens worldwide”.

The first survey of its type to be carried out on these shores found that there was “significant support” for the creation of a communication platform – likely to be in the form of a website – to connect Limerick with its diaspora.

The study drew 364 responses, with 82% of those indicating their desire to receive future communication from Limerick, including local news, information on local activities, and items of historical and cultural interest.

Mr O’Connor, who was instrumental to establishing the project and sees it as the natural legacy to both The Gathering and City of Culture, said the intent was for the creation of a digital platform – and that it was “possible today in this incredible eco-system of social technology to connect to our people in the maximum way.

“The findings are very encouraging, they are saying three things to us; they are saying wherever we are in the world, being from Limerick is an important part of who are; secondly we want more information about and communication with Limerick and thirdly, we want positive stories about Limerick that we can [use to] promote Limerick.”

Finance minister Michael Noonan was on hand to launch the study with Minister Deenihan and Mayor Kevin Sheahan, and said the starting point was an “invitation from home”.

“Various approaches have been made in the past to include the diaspora in the wider national family,” he said.

“But it hasn’t been scientifically based or systematically conducted, and now we have a scoping study to which there was a significant response, which sets out what the diaspora would like, and the Limerick diaspora in particular.

The aim was to gain a greater understanding of diaspora activity and examine potential interest amongst that community to “create or improve communication channels”.

Email and social media were the dominant methods of communication favoured by those that responded to the survey.