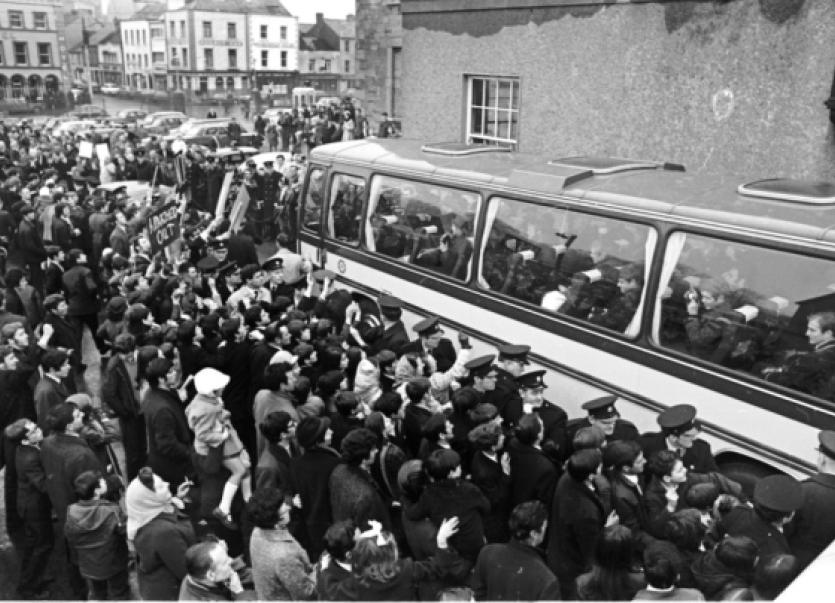 A FORMER mayor has urged the Munster branch of the IRFU to apologise for inviting the apartheid-era South Africa team to play at Thomond.

A FORMER mayor has urged the Munster branch of the IRFU to apologise for inviting the apartheid-era South Africa team to play at Thomond.

Speaking in the wake of anti-apartheid leader Nelson Mandela’s sad death at the age of 95, Cllr John Gilligan says the time has come for a public apology “bringing rugby into disrepute” by hosting the South African team in 1970.

Cllr Gilligan will urge his fellow councillors to support him at the January meeting of the local authority.

He has already attempted to make contact with Munster CEO Garrett Fitzgerald.

“I am asking that the IRFU issue a public apology for bringing rugby into disrepute by having the Springboks play here when they were a racially segregated team,” he said.

Cllr Gilligan is hoping City Council can write a letter supporting his call for a public apology to be made, adding there should be a sense of “humiliation” around the game.

“We all want to move on the issue, you can only move on when we recognise what we did to people in South Africa. Too many people here just sat and looked as a rugby game. It is ridiculous to think we were supporting a regime which would not have let Simon Zebo play,” he added.

Meanwhile, Limerick City Council has opened a book of condolence in memory of the former South African president.

Speaking after being the first to sign the book - which will remain open until next Friday, Mayor Kathleen Leddin said: “He was the moral compass that guided an entire nation through dramatic, positive change during the past 20 years.”

Mayor Leddin added: “Mr. Mandela’s inspirational leadership and unfaltering courage in the face of adversity set an example for the rest of the world to follow. His passing is a loss to the entire international community. However, we should celebrate his achievements as an anti-apartheid icon and as the father of modern South Africa.”

A book of condolences as also opened at County Hall in Dooradoyle, by the first citizen of the county, Cllr John Sheahan.

He urged the people of Limerick to pledge their solidarity with the people of South Africa by signing the Books: “Today, even in death and forever more Mr Mandela will be continue to be a figure of inspiration for all those struggling for justice throughout the world”.