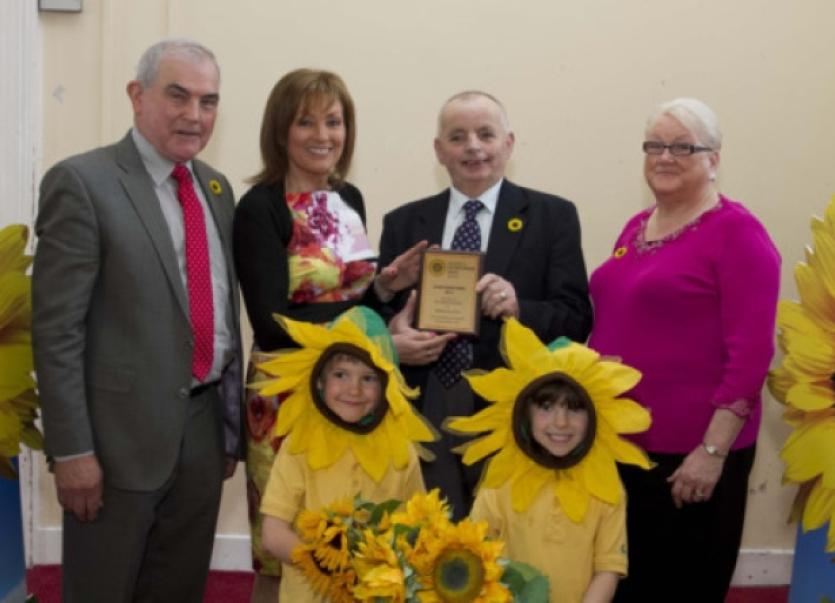 A MILFORD Care Centre volunteer was recently named a Hospice Sunflower Hero for his work in the Limerick facility.

A MILFORD Care Centre volunteer was recently named a Hospice Sunflower Hero for his work in the Limerick facility.

Brendan McGrath, from Oola, who has been an established volunteer at Milford for a number of years, was given the recognition at an event in Dublin to to mark the launch of the national Sunflower Days, taking place in June.

The award was presented to Brendan and 14 other hospice volunteers nationwide and honours the work of volunteers throughout the country, who work tirelessly on behalf of their local hospice service.

Retired sales representative Brendan has been involved with Milford for nearly five years and was described as “extremely pleasant with a very positive and respectful attitude to life”, while his nomination stated: “He is truly a valuable volunteer and a worthy recipient of this award.”

“My motivation to serve in Milford has been the feeling of being privileged and blessed with a good life and family and I wanted to give something back to the community,” explained Brendan.

The Oola volunteer accepted the award with his wife of 35 years, Anne Marie, at a recent ceremony in Dublin. His duties with Milford include accompanying patients to their hospital appointments as part of the care centre’s volunteer escort-befriending scheme, reading newspapers to residents, chatting with them and escorting patients and residents to Mass.

He is also keenly involved in delivering and collecting charity boxes throughout Limerick for the Sunflower Days, which take place this June 14 and 15.

During the campaign people will be able to support the hospice service by purchasing Sunflower merchandise for €2 each from collectors on the streets of the city and county.