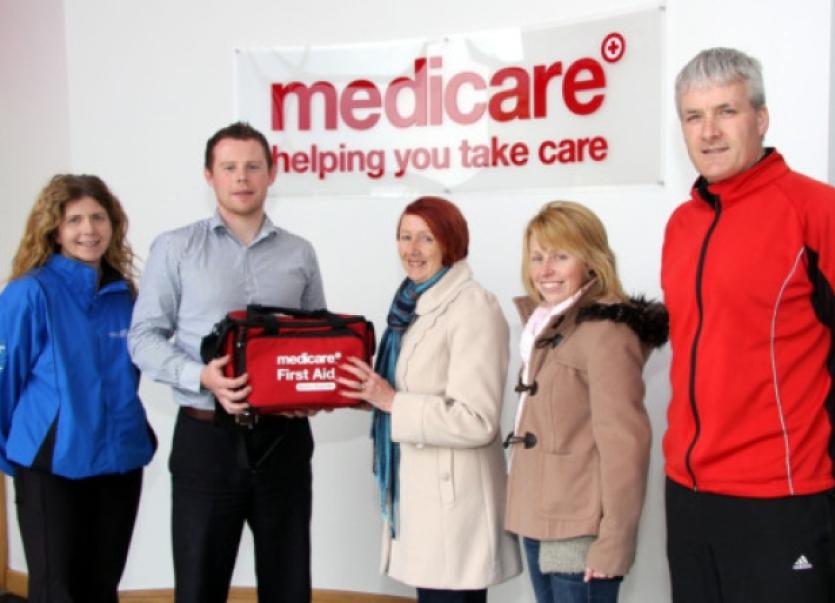 RICHMOND RFC’s heroics in returning to the senior rugby ranks have seen the club honoured by the Limerick Sports Partnerships.

RICHMOND RFC’s heroics in returning to the senior rugby ranks have seen the club honoured by the Limerick Sports Partnerships.

The club has been named the April winner of the Performance in Sport Award, which is given out in recognition of a club’s contribution to community life.

Richmond remains very much a local club and won promotion to senior rugby with a hard-earned victory over Clonakilty last month. Victory in the North Munster League ensures fixtures against big names like Instonians, Ards and Skerries next season. The sports partnerships have also honoured Richmond for winning the Webb Cup and Tony O’Flynn Memorial Cup in the season just past.

County Limerick sports partnership co-ordinator, Phelim Macken, explained that “when considering potential candidates in this award scheme, we look for a club, sporting organisation or individual that has achieved success as well as contributed to local community life”.

“Along with achieving considerable success during the 2012-13 season, Richmond RFC has remained a community club to its core and is a central part of Limerick’s rich rugby history. All of these factors make Richmond a thoroughly deserving winner of the April monthly award,” said Mr Macken.

In winning the monthly award, Richmond got a first aid kit and a €500 voucher towards the purchase of a defibrillator from sponsors Fleming Medical. These were accepted by club officers Irene Flanagan and Natalie McNamara.

Congratulations were also expressed to the club at this month’s meeting of Limerick City Council with club member Cllr Kieran O’Hanlon asking that the achievements be officially recognised with a reception at City Hall.