Cappamore shows how to plan for the future today 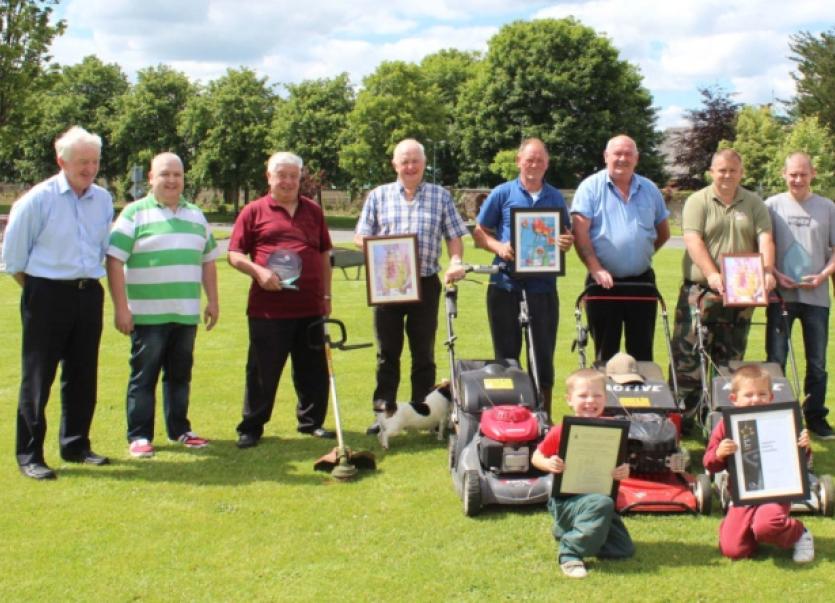 According to Wikipedia, Cappamore – from the Irish Ceapach Mhor – means a “large ploughed field”.

According to Wikipedia, Cappamore – from the Irish Ceapach Mhor – means a “large ploughed field”.

But man-in-the-know Oliver Dillon, chairman of Cappamore Historical Society, says it stands for a “big plot”. Personally I prefer Wikipedia’s version as Cappamore is always ploughing ahead.

The parish is like its most famous son, John Hayes. The Bull put in the hard yards for the full 80 minutes and got the job done. Often his contribution could be missed by those only watching for tries but his value was shown by the esteem he was held in by teammates and fans. Off the pitch he shunned praise or the limelight.

Cappamore is the same. Through behind the scenes hard work they have community facilities the envy of any village in Ireland - sports complex, playground, day care and community centre, fire service, Vinmore House for those with special needs and a new library to mention but a few.

Plus the Cappamore Show is the biggest agricultural show in the country run by a village. It’s 60th anniversary is celebrated this year.

Another famous sporting son of the parish is Fr Liam Ryan. He remains the youngest-ever captain, at just 19, of a Munster championship-winning side, Mackey’s Greyhounds of 1955.

“With regard to surrounding parishes we always regarded ourselves in Cappamore as positively cosmopolitan compared to them. It was a very fine centre and a hub of activity. We had a cinema, dance hall, circuses stopped here – there was always something happening.

“Any enterprises that began in Cappamore were seen through to conclusion. You need only look around you ... It is always looking forward, not looking backward, not looking at one another but looking ahead,” said Fr Liam.

After spending 40 years away in Maynooth where he became Professor Emeritus of Sociology, Fr Liam retired to East Limerick in 2003.

“I always regarded Cappamore as my home and they say you should retire with people you know,” said Fr Liam.

He has plenty of friends there, not least in the GAA club. It is one of the oldest in Limerick, founded on June 3, 1887 and they still have the original certificate of membership.

Cappamore GAA club has an incredible 28 teams catering for the under sixes to the over 40s. They started a lotto at the end of 2013 to raise money to try and expand their facilities.

“It’s up to €7,400 now and we’ve got incredible support from sponsors and the local community,” said Liam Hammersley, secretary. Liam wishes to thank the four pubs in the village for the use of their premises for their weekly draw – O’Dwyer’s, Hayes, Madden’s and Neighbours. In times gone bye there used to be upto 12 pubs but sadly it is a sign of the times in all villages.

Cappamore is well served with sporting organisations as there is also Cappamore Celtic FC and Bilboa Athletics Club.

The annual Ger Mullane Bilboa 10k walk/run takes place this Friday, June 13 in Bilboa. Walk at 7.30pm, run at 8pm. Registration from 6.30pm in Bilboa. Local athlete Rosemary Ryan did her club, parish and country proud when she ran in the Olympics. Another incredible sports star is Alan Quinlan, who won six medals in the Special Olympics World Summer Games in Athens.

The one smell that gets the nostrils of sportsmen and women twitching is that of fresh cut grass. The well named Mullally Lawn is like a green carpet – although it is soon more like a red carpet as Jimmy Coleman is laden down with plaques, trophies and awards.

While there have been many successful projects involving bricks and mortar in Cappamore, one of their biggest results has been the transformation of Mullally Lawn, Mullally Grove, Inse Bui, Turagh Crescent.

Once viewed in a sometimes negative light, the four estates are brimming with pride.

The Cappamore Estates Committee won a national Pride of Place award in 2011 before finishing third, then second, then first in Limerick in Bloom.

After winning a national award in 2011 it would be easy to sit back but every year they do more landscaping, flower planting and keep it looking immaculate. The grotto is a sight to behold.

They run an annual bric a brac and raffle to help with the ongoing works. Limerick County Council have held them up as an example and are implementing it elsewhere.

An empty home was taken over by Ballyhoura with the backing of the council - known as the community house. There is an after school club for primary school children going on when the Leader visits.

“I love it here,” said Denise Mason, who is in sixth class.

Veronica Keogh has just set up a branch of Limerick Youth Service based in the house.

“We meet every Tuesdays, Thursdays and Fridays from 7pm to 9pm. There is a lot of negativity towards seeing teenagers hanging around street corners. We want to take that away and welcome them. They are good kids. Not everybody is into sport and we are catering for those. For example we are doing a rapping workshop soon,” said Veronica.

“Veronica is brilliant. We do circuit training with John Ryan from Pallasgreen on Friday nights,” says young Declan Hayes.

While this page just touches on some of what is going on in Cappamore, everything is meticulously recorded by the historical society. It was founded in 1991 to do a parish history which was completed in 1992.

As well as being active throughout the year with projects they publish the annual Ceapach Mhor and have compiled a songbook and photographic album.

Another upcoming book is a history of Cappamore Show. The 60th show is on Saturday, August 16. Additional features this year are tug-of-war, extra free children’s entertainment, new art competition for the three primary schools and many more, along with all the regular events.

John Hayes says it brings everyone together.

“There is great community spirit in Cappamore. It is only June but it is building up already with all the meetings to get everything sorted out for August 16. There is a huge committee,” said John.

There is plenty for Cappamore Historical Society to record.