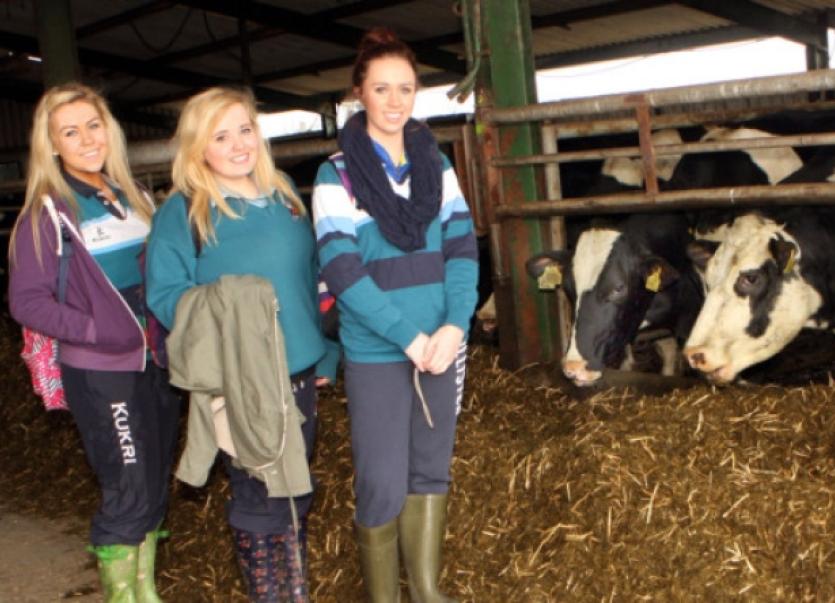 AGRICULTURE is seen as one the cornerstones of the Irish economy with the next generation having a hugely important role to play.

AGRICULTURE is seen as one the cornerstones of the Irish economy with the next generation having a hugely important role to play.

John McCarthy, principal of Pallaskenry Agricultural College, spoke about this at their recent graduation ceremony.

“If we do not have students in agricultural colleges we will not have a well-trained farming population to utilise and manage our farms in the years ahead.

“We are where we are today in Irish agriculture because of the work of the generations that have gone before us. It is now your turn to innovate, develop and progress Irish agriculture,” said Mr McCarthy.

However, he brought to the attention of those present the situation that exists in Pallaskenry and other colleges regarding a shortage of teaching staff.

“At present there is a serious shortage of teaching staff in agricultural colleges. The situation has become so bad in the last few months that some colleges have had to send students home on individual days due to a shortage of teachers.

“For the past three years I have been in the lucky position that the Salesian Order and the college board agreed to fund two teachers from in-house resources. At this point I want to thank Deputy Patrick O’Donovan for helping to get a commitment from Government to fund one replacement teacher shortly,” said Mr McCarthy.

The figures are stark. The college is currently teaching 370 students. Not so long ago it was around the 100 mark. You would think that the number of pupils quadrupling would mean an increase in the number of teachers.

In fact, there are less staff now.

“You are talking about a massive increase in numbers with less staff,” said Mr McCarthy.

And judging by the crowd at the college’s open day last week there is no sign of applications dropping. Over 400 mainly sixth year students from Limerick and neighbouring counties, along with parents, attended.

All courses are over two years with different options in the second year in the Certificate of Agriculture. Applications that are not through the CAO must be in by May 31. Log on to www.pallaskenry.com for more information or contact 061 393100.

Visitors on the open were given an introductory talk by Mr McCarthy on the courses - what is involved, how much practical content, how much theory, how much time spent in the college plus placements and work experience.

In a nice link to the past some pupils were there with their parents who had attended Pallaskenry. Everyone got a tour of the engineering, dairying and sheep and suckler areas.