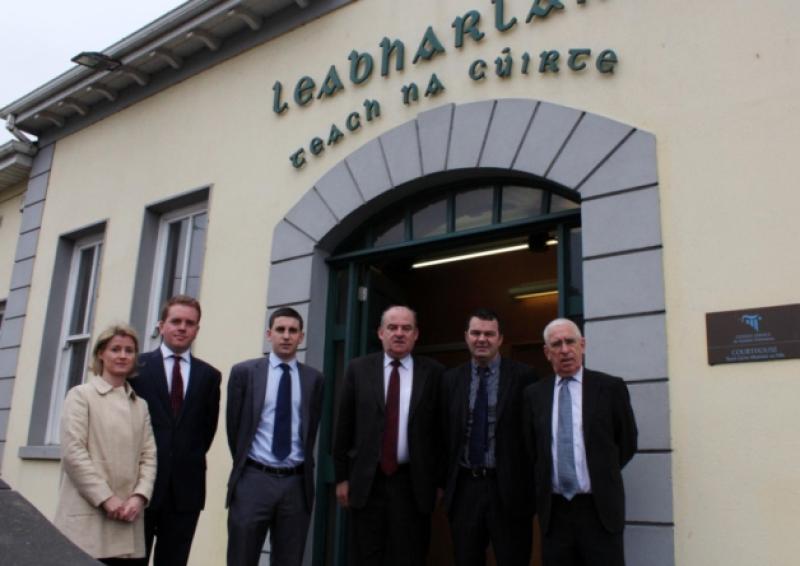 A SENSE of unreality hovered in the courtroom in Abbeyfeale this Wednesday as the last scheduled sitting of the court was about to get underway.

A SENSE of unreality hovered in the courtroom in Abbeyfeale this Wednesday as the last scheduled sitting of the court was about to get underway.

Was this really going to be the end for an institution with over a century of history behind it, we wondered?

For months, local solicitors, headed up by Stephen Daly, had fought a rearguard action to prevent such a happening. Even at this eleventh hour, a small sliver of hope quivered.

Maybe some High Court judge in Dublin had given leave for a judicial review and put a stay on the decision of the Courts Service to end the sittings.

But it was not to be.

Instead, in an exquisite twist of irony, it was a native of Abbeyfeale, Judge Aeneas McCarthy who came out to sit on the bench for the last time.

“Before the court starts this morning, I understand this is the last sitting of Abbeyfeale district court,“ the judge told the packed courtroom.

“Abbeyfeale is my home town. It is an honour tinged with regret that I am presiding over the last court here.“

“This court goes back generations. It has been an institution in solving many disputes between neighbours down through the years,” the judge continued and he recalled how, as a schoolboy in the 1960s, attending St Ita’s secondary school across the road from the courthouse, he would see the Garda superintendent heading for court with his briefcase.

“It is a lovely building,” he said.

It fell to Stephen Daly, speaking on behalf of all the solicitors, to mark what he called a regrettable decision.

But, in another twist of irony, Stephen also had the bittersweet pleasure of introducing his son, Steve, to the court on his first day as a qualified solicitor.

For Jim Ahern, the caretaker for both the court and the library, the closure was tinged with sadness.

“I was here every court day. I sat through everything. A small bit of history is gone.”

Michael Lane, secretary of the Abbeyfeale Business Development Association, reckoned a courthouse had stood on the same site for well over a century.

“It is very regrettable that they have closed it down. It is a big blow to the town. It is a blow to rural Ireland.”

Worst of all, though, nobody still understands just why it had to happen.

Moreover, because its main function was a library, it wasn’t an expensive drain on budgets.

What more could be asked of a district court?

Over the years, these have all been whittled down and now, just one remains, in Newcastle West.

Solicitors in Abbeyfeale haven’t thrown in the towel though.

Moves are under way to bring the fight to the High Court and to seek a judicial review and a stay on the closure.

But nobody is holding out too much hope. And meanwhile, another rural service bites the dust and another little bit of history drains away.