Limerick’s attraction to Lourdes lingers on 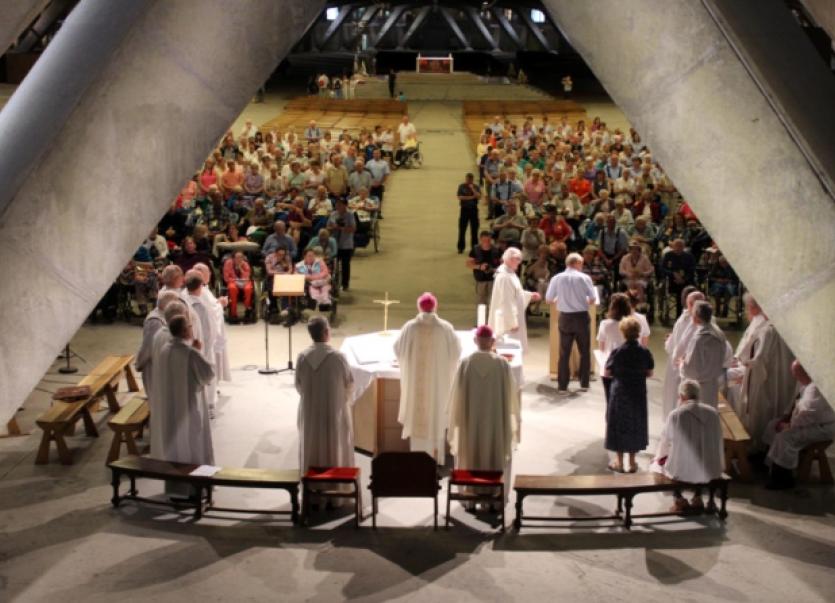 PAT Gallagher has only missed travelling to Lourdes on one occasion in the past 16 years – and that was due to undergoing a quadruple bypass.

PAT Gallagher has only missed travelling to Lourdes on one occasion in the past 16 years – and that was due to undergoing a quadruple bypass.

It was May 2013, the same year which saw hundreds of pilgrims from Limerick left unable to travel due to severe flooding in the small French town in the foothills of the Pyrenees.

He has been a pioneer since September 20, 1949. When a number of pioneers from the area later went to Lourdes without him and didn’t have the best experience, Pat was determined that they should. In the years since, he is credited with bringing some 680 people to Lourdes.

“I didn’t know all that much about Lourdes back then, but there’s very little I don’t know about it now,” he told the Limerick Leader recently, after he returned from the latest pilgrimage.

“I say every year that this year will be my last (going to Lourdes), but people keep saying to me, ‘Well, if you don’t go, I’m not going’. I couldn’t and wouldn’t disappoint people.”

A sacristan in St Joseph’s Church in Ballybrown for the past seven years, he travels each year with his wife Marie, and was honoured in Lourdes this year by the Bishop of Limerick, Dr Brendan Leahy, for the contribution he has made over the years.

“I don’t do it for the recognition. I’m the sort of person who likes to help others, and I get great satisfaction from that. A thank you is all you need, and we all have a good time - it’s not all about prayer.”

According to the diocese, numbers travelling to Lourdes from Limerick have fluctuated over the years, peaking at 1,000 in 2000, decreasing to 650 and now eventually settling around the 500 mark, though in addition to the 100 young people who travel there are many more on waiting lists.

“I really would like to see more people travelling to Lourdes,” continued Pat, “but it can be costly at times for some people. I’m hoping to start a fund with the credit union to allow people to save a little bit every week.”

Of the hundreds who travel religiously every year, he said there are “those who have nothing wrong with them, and everything wrong with them”, and yet regardless of their conditions or struggles in life, they all gain something from their experience.

Fr Michael Cussen, the parish priest in Clarina, is of the same opinion, having travelled to Lourdes for some 30 years.

“The sick can often be hidden at home, not in a deliberate sense, but in Lourdes they are given more priority and are in prime position.

“Miracles do happen, but they are not the big miracles that people think of – the miracles of Lourdes is peace of mind, and it’s about putting suffering in context, because you are surrounded by suffering. Lourdes gives us an insight into the bigger picture - it’s about carrying the cross and helping others to carry the cross. It’s also about being part of a diocese and working together as a team,” he said.

To understand Lourdes you have to talk to one man - Canon Donal McNamara, of St Munchin’s, and if not, he said, “it’d be like talking about the Limerick team without mentioning TJ Ryan”.

Fr McNamara said year after year the attraction of Lourdes is that “it’s a beautiful, peaceful, spiritual place” where Our Lady appeared to Bernadette on 18 occasions.

That is what attracts some five million people to Lourdes each year, and such is the operation that after Limerick, the Killaloe diocese go out, and then the Galway pilgrims from Shannon, all on a rolling schedule every year.

Since those apparitions, he said, the message went out “to come and make penance and bath in the waters.

“They come from all over the world in search of a miracle or a cure, and they all get that cure in the form of acceptance, as often they see people much worse off than themselves.”

For Fr McNamara, who is the director of the diocesan pilgrimage, and has been for some 23 years, there are many miracles of sorts witnessed in Lourdes each year.

Firstly, he says you have to look at the “untold work” done by some 120 volunteers each year, including doctors and nurses, who take time out of their own schedules and holiday time, and pay to come here to help  others.

Then there are the people who fundraise year round, through fashion shows to golf classics and coffee mornings.

“The tireless work they put in is unbelievable. The Bishop is in awe of the commitment and the whole running of it, and absolutely loves it.”

A number of priests from the diocese were also recognised this year, including Monsignor Michael Lane, from Patrickswell, who was ordained 60 years ago; Fr Tom Coughlan, Effin, Fr Joe Kennedy, Kilmallock, and Canon Donough O’Malley, St Mary’s, each of whom celebrated 50 years, while Fr Adrian Egan of the Redemptorists has served for 25 years.

“There is something about Lourdes that draws people back year after year,” continued Fr McNamara, who said he still loves it all these years on.

“Even the sickest of people who come to Lourdes leave with some peace of mind, whatever their cross in life is.

“Everyone leaves physically exhausted but mentally refreshed and spiritually uplifted. It is the church at its best.”