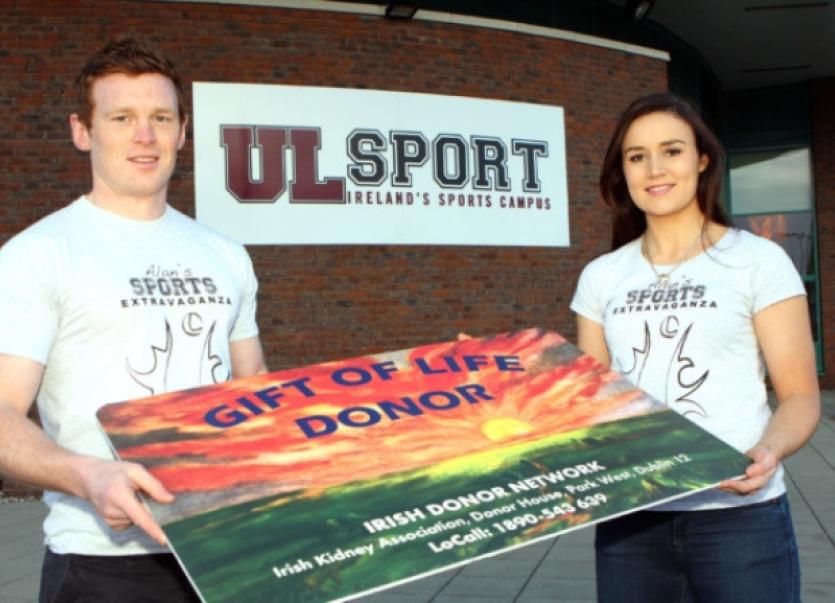 AFTER the tragic passing of Alan Feeley following a brain haemorrhage last November, six of his organs were used to save five lives.

AFTER the tragic passing of Alan Feeley following a brain haemorrhage last November, six of his organs were used to save five lives.

Organ donation is the greatest gift you can give as it is the gift of life. The PE teacher in Doon has not only directly saved lives but also indirectly from inspiring others to sign up for donor cards.

Ahead of Organ Donor Awareness Week which run from March 29 to April 5, the Irish Kidney Association has confirmed that Alan’s story touched others.

“Via our freetext service in the week after Alan’s death there was an eight to tenfold increase in the number of cards requested compared to an average week and around one in six of the requests came from either Mayo or Limerick,” said the IKA.

Alan was from Claremorris but living, teaching, training, playing and coaching in Limerick.

Alan’s girlfriend Louise Galvin and youngest brother Liam will be attending the national launch of Organ Donor Awareness Week at the Mansion House in Dublin next Wednesday. Liam will give a short presentation about Alan’s legacy.

They are also organising Alan’s Sport Extravaganza in UL on August 2. The event will centre on a tag rugby tournament but will also involve a diverse range of other activities.

A ball will take place that night and members from the IKA will be present throughout the day.

Louise says they have three specific aims. The first is to continue to raise awareness about organ donation.

“I work with cystic fibrosis patients. I see first hand people who are awaiting transplants and people who have received that life changing gift.

“Alan, being a PE teacher, was really into sport as we all are. So physical activity in terms of participation rather than competition is the next major aim.

“Then to remember Alan through all of that,” said Louise.

While the extravaganza is still months away they have received very positive feedback.

“I am getting people contacting me saying, ‘I’m such and such, you don’t know me but I am awaiting a transplant and thank you so much for everything you have done’.

“It’s the people like that, that you don’t know and that didn’t know Alan either that are touched by it. The way I look at it Alan suffered a brain haemorrhage, it was instantaneous, it couldn’t be prevented even if he was standing in a neurosurgery in ICU. It wasn’t treatable and for us the tragedy with him dying was incomprehensible but to have a loved one whose death is possibly preventable by having a transplant, I don’t know how anyone could get over losing someone that was preventable,” said Louise.

“If we can keep spreading the word and if the unfortunate circumstances happen to someone else and five more lives are saved ... If we touch one person to get a card or 10 people it doesn’t matter – it is more lives being saved. It [getting a donor card] is something everyone should consider,” said Liam.

Free text DONOR to 50050 for an organ donor card or log onto www.ika.ie For more on Alan’s Sports Extravaganza log onto www.alanfeeley.com