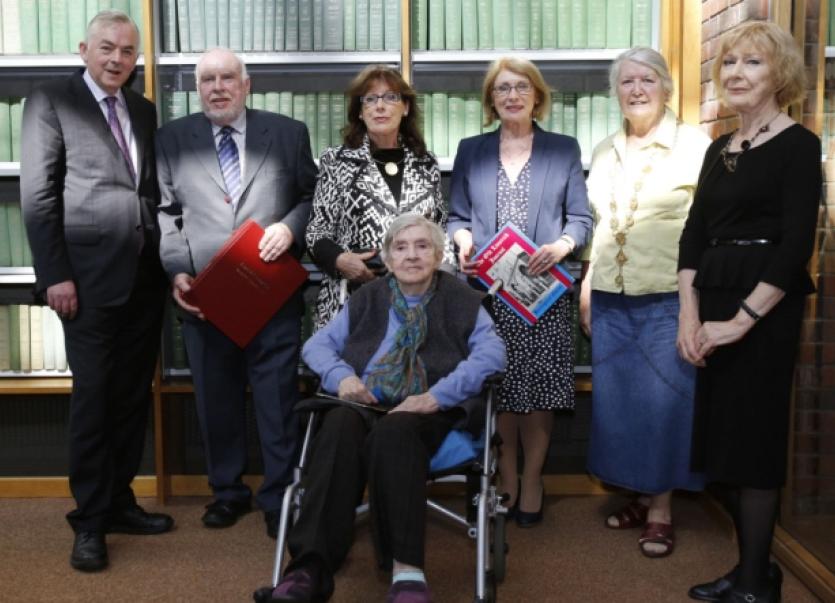 TRIBUTES have been paid to the partner of the legendary Limerick deputy Jim Kemmy, who has passed away at the age of 83.

TRIBUTES have been paid to the partner of the legendary Limerick deputy Jim Kemmy, who has passed away at the age of 83.

Margaret Patricia ‘Patsy’ Harrold (née Sheahan) died this week, three months after the 16th anniversary of her beloved partner of over 20 years, Jim Kemmy, who died in 1997.

Labour deputy Jan O’Sullivan this Monday paid tribute to Patsy as a woman who was not only “Jim’s most stalwart supporter”, “but a very strong, independent and intelligent woman in her own right who contributed a great deal to Limerick.”

Deputy O’Sullivan, a friend and neighbour of Patsy’s in Corbally, said: “I think people often connect Patsy in connection with Jim, but she was a local historian, had a great knowledge of the Irish language, archaeology and many other areas.”

“She was a woman who was absolutely loyal to Jim and worked very hard to get him elected on a number of occasions. She was a very warm woman, very interested in people and loved conversation. She had such an enquiring mind and was always interested in learning,” the Labour deputy said.

Ms Harrold, a mother of six, spoke at length to this newspaper around the time of Mr Kemmy’s anniversary this year, as thousands of his personal and political records were handed over to the University of Limerick’s Glucksman library to preserve for future generations.

She said she was “delighted” the documents had finally been archived, from more than 70 boxes of material, to preserve Kemmy’s memory in the social and political landscape of Limerick, and indeed the country.

While Kemmy lived in Garryowen for much of his life, he later moved in with Patsy, a widowed mother from John Street and six years his senior.

They met at a meeting of an archaeological and historical society in the late 1970s, and went on “to spend the best part of 20 years together”.

However, she said she wasn’t prepared for the sudden upheaval he would have in her home.

“He landed out to mine with all his books, and there wasn’t a bit of room left in the house. The books were everywhere, even in the hot press.

“They all came out of my house,” she said of the archives. “To look at them you’d think they were just bits of paper. He never had headed notepaper or anything like that. Any scrap of paper he could find at all, a white space, and Jim would fill it. You might get the history of Limerick on one page and the mason’s account on the other.”

While he wasn’t a “marrying man” or “a man for leisure at all”, she said she wasn’t too put out that “he was in love with his books”.

“I’d all that marriage stuff behind me. I had enough on my plate without thinking about a second romance.

“He had a girlfriend before me but she got tired of him going to his meetings. He used to always laugh at that. So it left little time for romance.”

She is survived by her sons Seamus, Fintan, Paddy, and daughters Liz and Ellen; grandchildren, sons-in-law, daughter-in-law, extended family and friends.

Her remains will be reposing at Thompson’s Funeral home this Friday, December 27 from 4.30pm, with the removal from 6pm. Her requiem Mass will be heard at St Munchin’s College Chapel, Corbally, on Saturday Decembe 28 at 10.30am, with burial afterwards in Mount St Lawrence extension cemetery

The house will be private for the coming days.