Limerick’s Markets Field to return to life in 2014 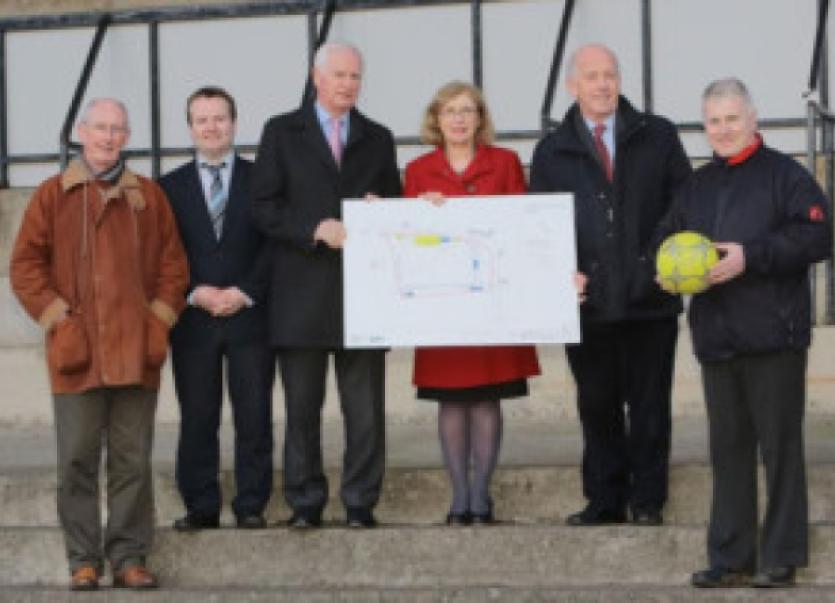 THE historic Markets Field sports venue has received a major boost with news that Minister for Housing and Planning Jan O’Sullivan has announced extra funding of €1.1m to the project.

THE historic Markets Field sports venue has received a major boost with news that Minister for Housing and Planning Jan O’Sullivan has announced extra funding of €1.1m to the project.

The stadium, which will accommodate more than 3,000 people, will play host to Limerick FC matches and become a centre for sports and community organisations in Limerick.

“The Markets Field holds a special place in the hearts of all Limerick sporting interests,” said the Labour TD.

“In recent decades it is most recognised for its association with Limerick FC and greyhound racing, but when you dig deeper into its past you get a real sense as to why there has been such a collective effort to create a facility of real quality in the heart of the city here again,” Minister O’Sullivan added.

The funding is in addition to Limerick Enterprise Development Partnership’s investment of €400,000 and a further €1.5m donated by the JP McManus Foundation. The overall funding will secure the project’s completion by the end of 2014.

“The Markets Field has an outstanding legacy in sport in this city, across many codes and the commitment of €1.1m in funding this week will ensure that this great legacy will continue. The redevelopment of this facility will breathe new life back into this area of the city again,” he said.

The new pitch will meet FAI standards, with a 124m X 80m field. The existing stand will convert to 900 seats, with 25 seats accomodating people with disabilities. A 300 seat home supporters’ stand and 300 seat away supporters’ stand, new floodlighting, renovation of the Tote building and other existing buildings to changing rooms, medical, testing, toilet blocks and media offices and classroom facilities will also take place.

Gerry Boland, a director of LEDP, said the announcement of the €1.1m in funding by Minister O’Sullivan was “a really exciting moment for all involved with the project”.

“It brings the completion of this fantastic project for Limerick to within touching distance. We are on track now for the Markets Field to reopen next year when it will begin writing another proud chapter for itself in the proud annals of sport in Limerick,” he added.