Huge goodwill for hurler Stephen as he awaits liver transplant 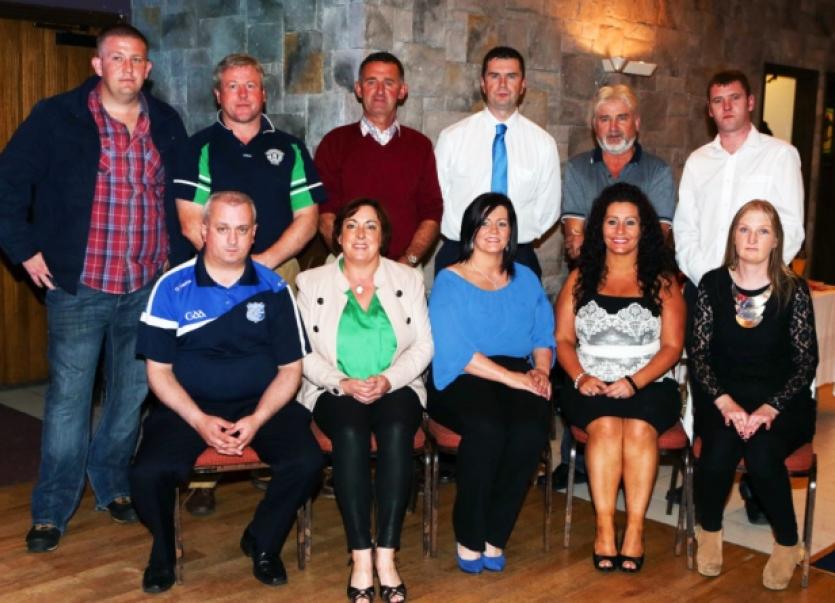 THE COMMITTEE behind the fundraiser for Bruree hurler Stephen O’Halloran erred on the side of caution by printing 2,200 tickets.

THE COMMITTEE behind the fundraiser for Bruree hurler Stephen O’Halloran erred on the side of caution by printing 2,200 tickets.

The night before the event in Bulgaden Castle they sold the very last one.

“We had to print another 200. On the door on the night we sold over 170 tickets. The generosity is unbelievable. They were the easiest tickets any of us ever had to sell,” said Stephen’s good friend Seamus O’Connell.

“There is still donations coming in. I got a phone call from a lady in Ardagh this morning and she offered us money towards it. The goodwill is second to none,” he added.

He estimated the crowd in Bulgaden at between 600 and 700. Stephen is awaiting a liver transplant after being diagnosed with cancer and all the money raised will go towards helping him battle the disease.

Oliver Mann, chairman of Limerick County Board, brought two special guests - the minor and senior Munster hurling cups - but the warmest welcome was reserved for Stephen and his wife Marie.

“They weren’t expecting the massive crowd – they were very surprised by it. He is in great form,” said Seamus.

Stephen still came to Bulgaden despite coming straight from Dublin where he was receiving treatment. He even pulled the ticket for the winner of a Limousin bull, kindly donated by the Crowley family, which was sold in Kilmallock Mart on Monday morning for €790. It was won by Davy McCarthy from Castletown, a big supporter of the fundraiser.

As it was a club night there were Bruree, Kilmallock, Staker Wallace, Ardpatrick GAA jerseys along with soccer and rugby tops too. The music started at 9.40am and didn’t stop until closing time.

“It was a brilliant night. Everything was top class,” said Seamus.

The committee is holding a meeting this Thursday night and while the money hasn’t been counted yet, with more coming in, it is expected to be well over €25,000.

Seamus wished to thank the hard-working committee; everybody who supported it and donated money; all the musicians; Sheehan’s Coaches for collecting and dropping patrons home free of charge; Crowley family; local GAA clubs for their support; Limerick County Board for their assistance in allowing them to sell tickets at venues. You can still donate by contacting Seamus on 087 2573821 or John O’Halloran on 087 0516192.