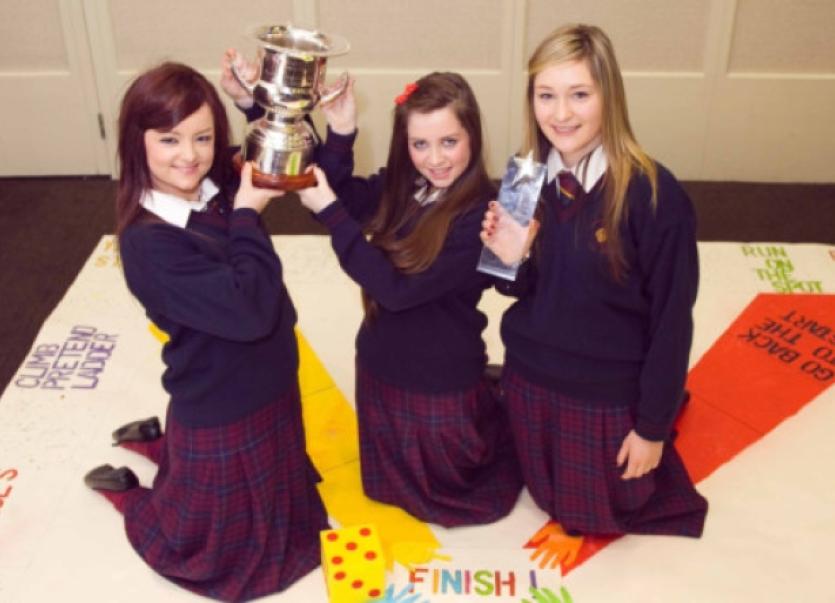 LIMERICK’s bright young business minds were out in force at the Strand Hotel to take part in the city’s annual student enterprise awards.

LIMERICK’s bright young business minds were out in force at the Strand Hotel to take part in the city’s annual student enterprise awards.

The venue played host to more than 100 industrious youngsters - and 28 businesses - at the Limerick City Enterprise Board-backed awards.

From games for mobile devices, to sports injury kits and canvas boots, there were dozens of fresh new business ideas.

Four students from Presentation Secondary School will be bidding to become All-Ireland enterprise champions after winning the top student enterprise award in Limerick.

Ailish Rowan, Chloe Ahern, Roisin Hogan and Daria Biel got together to create a floor game, which combines learning and exercise.

The game, which is not dissimilar to Twister, presents mathematical problems to students, and they have to exercise to solve them.

Daria admitted the game - Fun4All - was borne out of boredom in the classroom.

“We were really bored in class, and wanted something to do! We were learning about obesity and the problems around it. We were thinking about joining teams, but stayed together and did this,” she explained.

It is hoped to sell the product to primary schools, secondary schools and sports clubs.

But their primary focus will be representing Limerick in the seniors category at Croke Park next month.

Meanwhile, there was a touch of nostalgia with the winners of the Junior Category.

Chloe said she feels it is the mix of the product being healthy and a treat at the same time, which impressed the judges - Eamon Ryan and Gillian Horan of the Enterprise Board, and business training specialist Donncha Hughes.

Scoil Carmel was left celebrating at the double, after its intermediate team - Love Ur Style - won their category.

Aicha Yabre, Aleksandra Radanovic and Laura Grant have been producing and selling a range of stylish ‘nerd’ glasses for teenagers.

Bernie Moloney of the City Enterprise Board was impressed with the entries - and said it is good to see schools devote more time to the contest.