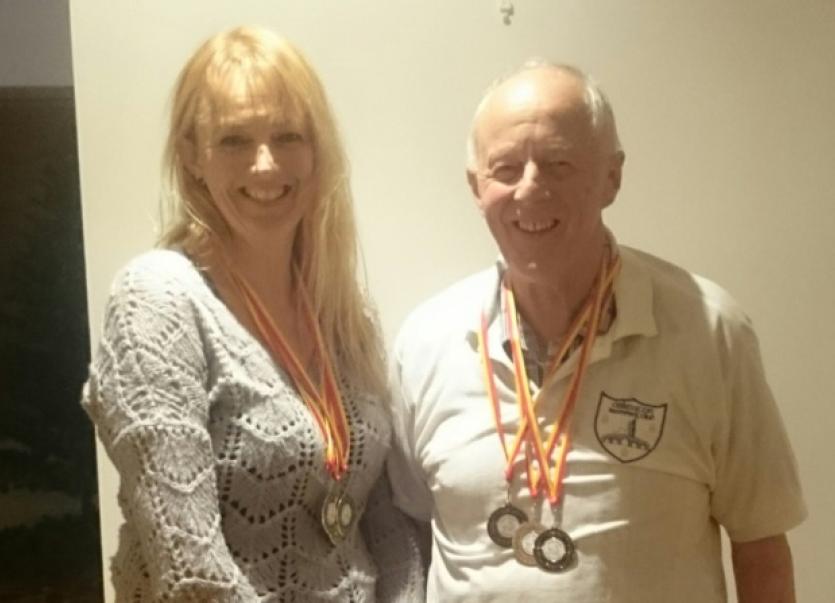 Anthony Sheehy is living proof that there’s no age limit to taking part in competitive sport.

Anthony Sheehy is living proof that there’s no age limit to taking part in competitive sport.

Last weekend, the 73-year-old from Askeaton came home with three medals from the Mallow Masters swimming gala and he has no intention of hanging up his togs any time soon.

“Swimming is a sport for life,” says Anthony.

He puts his fitness down to a healthy lifestyle and a positive outlook on life.

On top of his rigorous training regime, Anthony travels to swimming events all over the country. At Mallow last weekend, where he was one of the oldest competitors, he won two silver medals and a bronze.

He was joined by three other members of the Askeaton Masters club, including - for the first time - his daughter Pauline Adams. It was her first time taking part in the event and she won three gold medals.

“It was great that there was a father and daughter swimming in a masters gala,” says Anthony who is now in training to take part in masters event in UL in March and in Tralee in April.

An expert on the history of the Franciscan Friary in Askeaton, Anthony gives tours of the ruins year round to locals and to visitors to the area.

He hopes his example can inspire younger people to take part in sport - and reap the benefits for life.

“My grandchildren can always see that their grandfather is swimming and maybe they will get involved in it themselves,” he says.

“If more people got involved in sport, you would have less problems in the country.

It is good for mind and body. The social side of it is more important than the competitive side.”