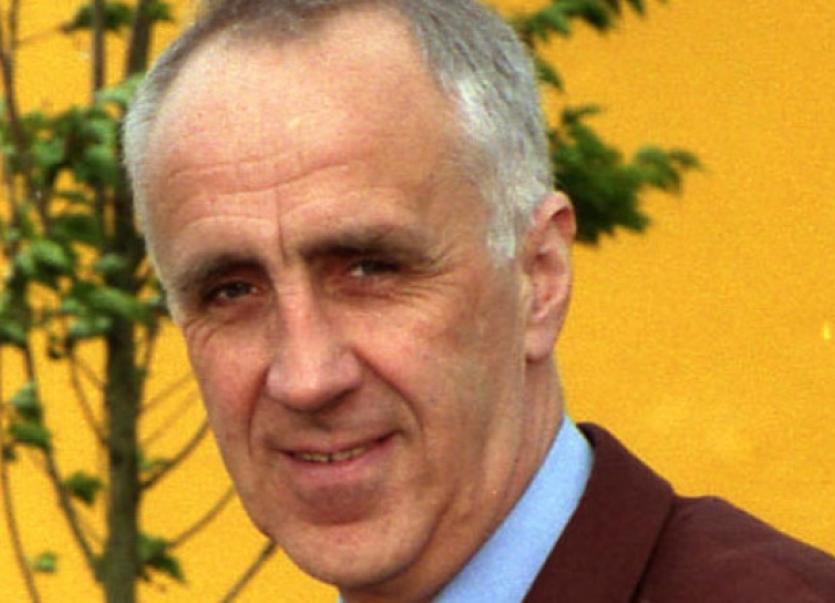 Ten years ago, proud Limerickman, Tim O’Brien passed away at the age of 63.

Ten years ago, proud Limerickman, Tim O’Brien passed away at the age of 63.

He left behind a proud legacy including developing the non-commercial Sporting Limerick promotional brand that was taken on by JP McManus, Limerick GAA and other sports. Below friends and colleagues remember the PR guru, a decade later.

It’s almost unbelievable that ten years have passed since Tim O’Brien died. I remember well a phone call he made to me shortly before his untimely death telling me he was gravely ill. It was a testament to our friendship, which went far beyond our professional links, that he would choose to have that very difficult conversation with me.

I got to know Tim almost as soon as I came to Limerick to work as Mid West Correspondent for RTE. I knew absolutely nobody in the city, and I felt a bit like a pioneer, launching myself into completely new territory, to tell the stories and profile the concerns of individuals and communities across the Mid West of Ireland.

He called everyone Boss, but I just loved it when he called me Boss. I wasn’t the Boss of course, but Tim made me feel like I was, in that gracious, supportive and frank way he had about him, about his work, and the way he valued mine.

He had little time for time wasters and we met many on our professional travels. Tim was interested in getting the job done, and if you gave your word to deliver on an issue, then it must be done.

I once saw him berate a Government information person who was delaying on a commitment made to deliver a VIP to the media. Dealing with public bodies often exhausted him, as he strove to drive a breath of fresh air into how they did their business.

I have a video he produced right beside me on my desk...an old VHS...and it still has a written note inside, in red felt pen, with his artistic and distinguished hand writing, with instructions about the work to be done.

I have his picture on my fridge and look at it frequently and say a prayer.

I can’t believe it is ten years since the legendary Tim O’Brien left us.

Unless you were lucky enough to have met him, his many qualities are difficult to adequately explain. He was an old school gentleman but never afraid of change and he enjoyed the enthusiasm and ideas of young people.

He understood the connection between business and community, which he particularly worked hard to achieve through sport. Tim was also the kind of man who quietly offered wise advice, whether that was in relation to career or other aspects of life.

I have been fortunate to come across many great Limerick people in my time but, even judged against that high benchmark, Tim O’Brien was a special individual, who had Limerick and decency stamped, side by side, on his heart.

He is deeply missed.

I joined Tim as a young graduate in February 1990, in Park House, Arthur’s Quay.

A different time in the communications business, mobile phones were relatively new, we didn’t have internet or the now ubiquitous social media.

But the work was no less exciting – opening Dell in ’91 with Michael Dell and Buddy Griffin, opening The National Coaching & Training Centre with Pat Duffy and securing sponsorship with Lucozade.

Tim loved all sport, securing sponsors for numerous codes like Áer Rianta for Shannon RFC and pairing Limerick GAA with Shaws, then Drug Free Cúl and ultimately going on to develop the Sporting Limerick brand that still proudly adorns the kit of many sports codes across Limerick.

To say that a person with whom you knew and were friendly is also one of your role models in life is possibly the ultimate accolade. Tim lived by many great values. I saw him as a very caring, and compassionate family man, friend and adviser.

He was primarily a man of incredible integrity and trustworthiness. His word at all times was his bond.

In many ways he was the living example of the type of person Dale Carnegie wrote about in his best-selling book ‘How to Win Friends and Influence People’.

He was a man of deep feeling but I witnessed him in many difficult situations remain totally in control of his emotions and at all times highly respectful of the opinions of others.

He has a passionate love of all kinds of sport and I went on many trips from Croke Park, McHale Park, Portlaoise, Thurles, Cusack Park, with him supporting his beloved Limerick. Of course it was Tim who gave the brand ‘Sporting Limerick’ which is now adorned by Limerick supporters of all codes.

If more people would live by Tim’s values, we would truly have a healthier society.