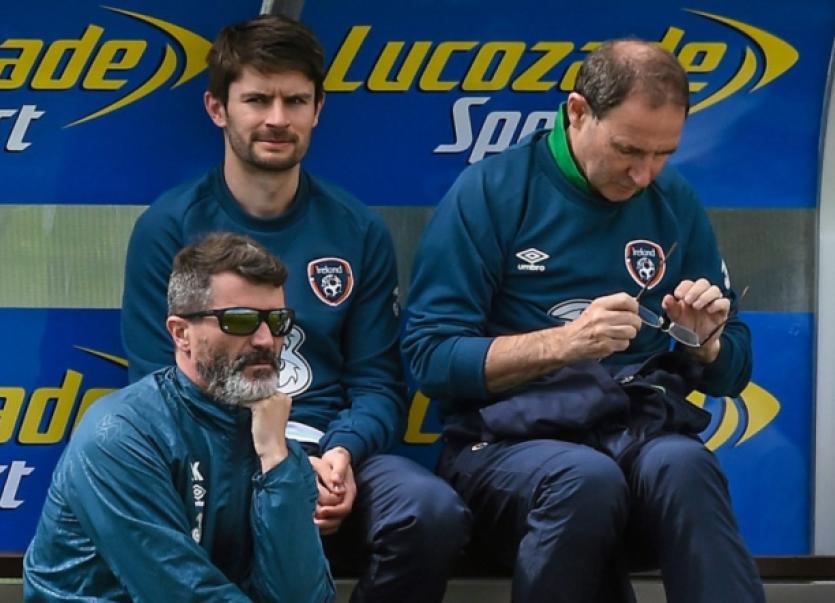 THIS Friday night he’ll be on the sideline in Zenica, on Monday night, the Aviva.

THIS Friday night he’ll be on the sideline in Zenica, on Monday night, the Aviva.

Through his job as physiotherapist with the Irish soccer team, John Flynn gets to work with the country’s most talented footballers, and, Irish football’s most talked about man.

But there is much more to discuss before we get to the enigma that is Roy Keane.

At just 30-years-of age, John Flynn, a native of Kilmallock who was raised in Charleville, is in a highly desirable position as one of the senior soccer squad’s medical team which includes the medical director, head of physiotherapy and three physiotherapists of which John is one.

Having studied physiology and health science in Carlow IT for a year John headed to Keele University in the UK where he did a bachelor of science in physiotherapy. A masters of science in sports physiotherapy in UCD followed before a chance encounter with a lady by the name of Caroline Woods - who is the head of physio for the Northern Ireland team - saw John take his place on the sideline beside Martin O’Neill and Roy Keane.

“I was on a course with Caroline. She worked with the FAI occasionally and they were looking for a physio to go away for about 10 days with the Irish U17 football team. She put my name forward and I was working with the U17s for a few years and then at the start of this qualifying campaign I began working with the senior team.”

The role of a medical staff during football games was brought into sharp focus last August when Chelsea manager José Mourinho became incensed on the touchline, when first-team doctor Eva Carneiro and head physio Jon Fearn went on to the pitch to treat Eden Hazard after being called on by referee Michael Oliver in stoppage time, as 10-man Chelsea held on for a point against Swansea.

The action meant that Chelsea were temporarily down to nine men - the goalkeeper, Thibaut Courtois, had earlier been sent off - and afterwards Mourinho called Carneiro and Fearn “impulsive and naïve”.

“If somebody goes down, you are not allowed go on the pitch unless you get permission from the referee,” John explains. “If it is a catastrophic event, of course you can run on, you don’t need permission but 9.9 times out of 10 you have to get permission - you can not cross the line.

“The big issue with the doctor at Chelsea was that when she went on, once you administer treatment or once you put your hand on the player or assess them, they have to come off. So then that player that went down had to come off and therefor Chelsea had one less player so that was their problem.

“José is well known for deflecting attention. I think the way he went about it this time, he left himself down and you see now the physio is bringing a case against him. She is fully within her right. The doctors and physios are at a club for player welfare - that is all. They are not there to coach them, they are not there to be winning games or to tell them how to play - they are there to make sure that they are fit and healthy.”

John is a sideline physio and his role within the senior squad involves working with players during the week, at training, after games, pre-game, at halftime and after games.

The work on the pitch is left to Alan Byrne who is the doctor and Ciaran Murray, the head of physio.

“After a game, straight away the players get food into them, a lot of carbs - pasta, rice and things like that. Then, if there are any concerns post-game the medical team will have an assessment of the players just to see if they need to get any further treatment for example an MRI scan or an X-ray. The clubs are then notified immediately if there are any potential serious injuries.

“The doctor will ring the clubs that night and say ‘Look such and such may have a muscle strain we are going to get an MRI done’, so then they will know about it before it is reported in the media.”

With advancements in technology a number of studies have been done in recent years to ascertain the most common injuries suffered by football players.

“The UEFA medical committee have done a study every year for around the last 15 years and from Champions League down to the lower tiers of professional football and have found that hamstring strains are the number one injury followed closely by strain of the quadriceps - the muscle at the front of the thigh.”

The curse of the cruciate is becoming more of a talking point but John feels that is perhaps down to it being reported in the media more as opposed to the injury occurring more often.

One of the highlights of John’s career with the Irish squad was undoubtedly the glory night in the Aviva on October 8 when they enjoyed a famous victory over the Germans.

“The Aviva was incredible that night,” John recalls. “I have been there plenty of times before and that was one of the best atmospheres. It was a full house and you had the world champions coming to Dublin, we were underdogs as usual. Germany missed one or two chances but it was an incredible finish by Shane Long - definitely one to remember and I was very proud to have been involved in it.”

So can his involvement in the squad shed any light on the enigma that is Roy Keane? “He is the same as you see him in the media - a very funny guy, a dry wit. He has been nothing but pleasant around me and towards me so I have nothing bad to say about him.”

What about a fear factor within the camp of his hard man image? “I can only speak for myself and obviously he has a colourful background and lots of ups and downs but he is just an ordinary human being like anybody else. There is no fear factor with regards any of the staff. He demands a lot from the players but I think the players demand a lot of themselves as well.”

And mild-mannered Martin? What is he like to work with? “Martin is great - he is very well prepared. He obviously has an awful lot of experience working with Celtic and Aston Villa and Leicester. It is his first time working with an international team and he has said many times in interviews that it is a different approach again. From my side of things he is very polite, he listens - he’s just a nice guy.”

O’Neill takes his team to Bosnia this Friday in a first-leg Euro play-off ahead of the return leg in Dublin on Monday.

According to John, the atmosphere in camp is upbeat and positive.“We met up on Monday. My concern is to make sure that the players are as healthy and as fit as they can be. I have nothing to do with coaching or tactics or picking the team - I just make sure that I go in and do my job. It is a huge opportunity for Ireland to get to the Euros next year and I will be doing everything I can to be a part of that.”

John is the only son of John Snr - an auctioneer in Charleville who is originally from Kilmallock - and Mary and has two sisters Sandra and Deirdre. He opened a clinic in April called MyPhysio.ie in the gymnasium of Cork’s Clarion Hotel.