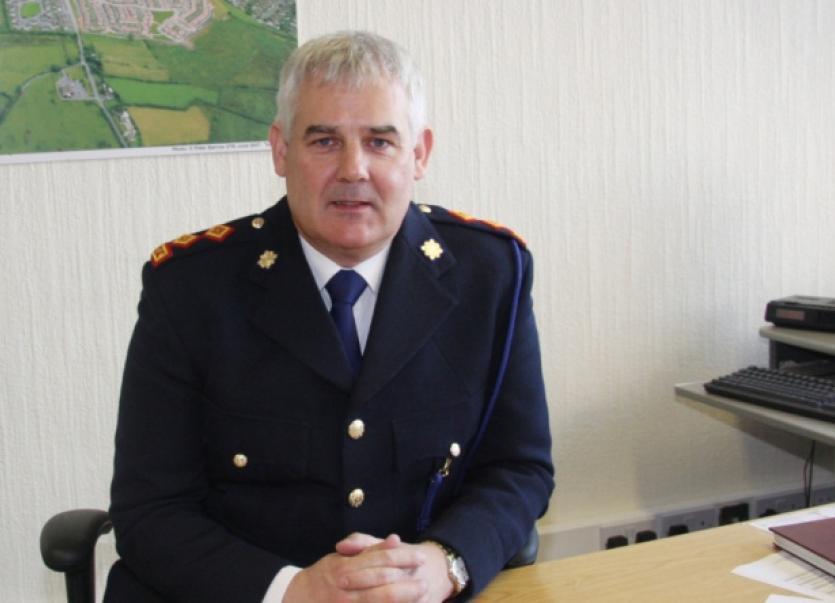 THE NUMBER of discharges of firearms has fallen in the Limerick garda division from a high of 103 in 2007 to 10 in 2014, Kilmallock Court has heard.

THE NUMBER of discharges of firearms has fallen in the Limerick garda division from a high of 103 in 2007 to 10 in 2014, Kilmallock Court has heard.

Chief Superintendent David Sheahan revealed the figures under cross-examination as he opposed an appeal against two restricted firearm certificate renewals – which he had turned down.

“In 2007, one third of the firearm discharges in the country were in Limerick. Last year it was down to single figures, that shows where we have come from.

“I’ve been in charge of Limerick garda division since 2010 and to say the least it has been trying from a police perspective,” said Chief Supt Sheahan.

Referring to the two guns that the applicant wished to use for speciality shooting competitions he said they were the “firearms of choice in the Limerick division”.

“It had a profound effect on the city and county. Both types were used in murders in Limerick – the ease of concealment, style, calibre, make, all very similar.

The appeal lasted for more than four hours.

The media is not allowed to report on the name of the applicant, address, range used, and the guns can only be referred to as “short firearms”. This is so as not to expose the owner to the possible theft of the firearms.

Kilmallock Court heard that Chief Supt Sheahan had refused to give firearm certificates for the same guns in 2010 but that his decision was overturned in the District Court.

The three-year licence had expired and Chief Supt Sheahan had refused the renewal application.

Chief Supt Sheahan’s view is that they are “military-style firearms”.

He quoted High Court judge, Justice John Hedigan who said: “It is a grave responsibility because the consequences of a mistake may be devastating”.

“My concern,” he added, “is public safety and these firearms getting into the wrong hands. A small firearm stolen in Offaly was used in a murder in Murroe. That is the balance I have to get.I am of the opinion he [the applicant] does not have a sufficient reason – he hasn’t demonstrated to me these are the only weapons he can use to make a hole in a target. From a garda investigation and stopping-criminal-activity point of view, they were never intended to be used to shoot a target,” said Chief Supt Sheahan.

Mr Egan said his client has complied with every condition when he has been granted certificates.

“Any non-compliance and it should have been revoked but it hasn’t. This is a renewal application,” said Mr Egan,

“In my view, if somebody is granted a weapon of that calibre – by even contemplating rubber-stamping a renewal I would be in total neglect of my duty,” replied the chief superintendent.

Mr Egan congratulated Chief Supt Sheahan on the drop in discharges of firearms in his division and asked had there been any restricted short firearms stolen in Limerick.

The court heard there had been none stolen since 2009. Chief Supt Sheahan said he has grave concerns about the use of such weapons in society and their proliferation.

“I have no problem with [the applicant]. I have to find the balance between the community on one hand and an individual to have such high-calibre firearms and the damage they can cause,” concluded Chief Supt Sheahan.

The applicant took the stand and said he needed the short firearms to shoot in “calibre-specific disciplines” and is the chairman of his club, such is his interest in the sport.

Safety arrangements for his guns were outlined to Judge Marian O’Leary.

“It is fully monitored. They are kept in a secure storage room with concrete block walls and a concrete roof. The safe has a steel door and an infra red sensor,” he said.

The appellant denied the guns were a danger to public safety. John Ryan, barrister for the State, asked: “Could you kill someone with the guns?”

“Yes, but you can kill someone with a golf club, hurley,” replied the appellant.

Mr Ryan put it to him that if they got in the wrong hands they could be used in criminality.

The court heard that the appellant is the last person in the country who has still to get their restricted firearm licence renewed.

Both sides presented case law to Judge O’Leary, who said she will make her decision in January,

“I have a lot of reading to do,” said the judge.