‘Hitman’ Hatton to be star turn at Limerick city festival 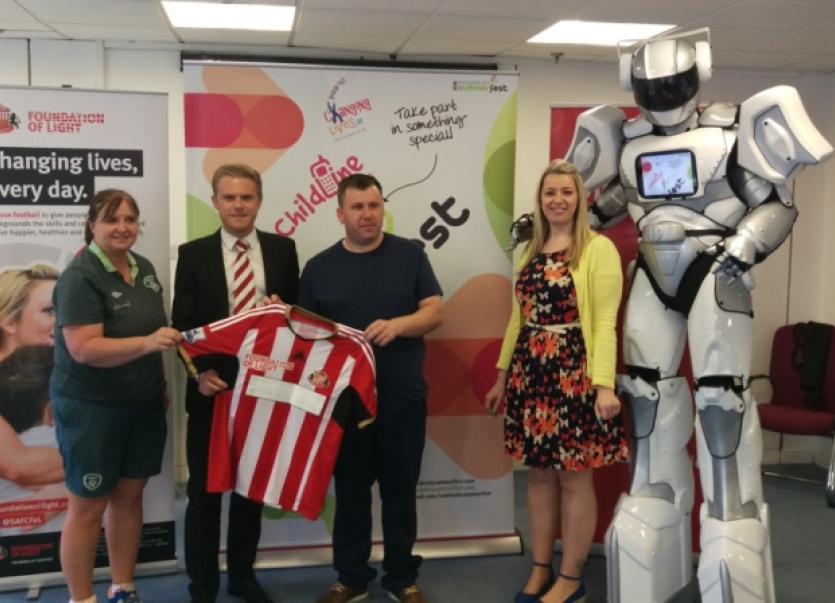 TOP boxer Ricky Hatton will be the star attraction at a new community festival on the southside taking place next week.

TOP boxer Ricky Hatton will be the star attraction at a new community festival on the southside taking place next week.

The inaugural Southside City Summer Fest will kick off on Monday morning, and will see six events take place over seven days in Southill and the surrounding areas.

The brainchild of Southill man Mark Heffernan, the main events of the summerfest will take place over the weekend of August 22 and 23.

But the days leading up to that will see coaches from Sunderland FC in Limerick, as Mark, through the Changing Lives charity teams up with Sunderland’s Foundation of Light charity.

He said: “I run a construction company and we are working in all the regeneration areas, so I am on the ground full-time. I see youth with not a whole lot of stuff to do. So I got the notion to start a football club, and this led to us doing an overall festival for a week.”

Designed for youngsters aged between six and 16, the programme will focus on player development, agility, strength, speed and stamina, tactical awareness, plus technical ability.

For the grown-ups, there will be a soccer match taking place at Carew Park FC on Saturday, August 22.

Kicking off at 7pm, it will see members of the Gardai face off against a team made up of Limerick City’s best soccer players.

Earlier that day, a community sports and fun day will take place at Tait House in the Roxboro Road, featuring tag rugby, soccer, a bake sale face painting, music, racing and much more.

If sport is not your thing, another family fun festival will take place the following day in Carew Park.

It will feature performances from Paddy Casey, Youtube sensation Fresh RE, plus more fun and entertainment with stalls, barbecues, plus live entertainment.

On Friday, August 21, Ricky ‘the Hitman’ Hatton will arrive in Limerick and will spend the weekend on the southside.

The former light welterweight and welterweight champion of the world will sign autographs, and provide help and advice to up and coming boxers from across Limerick.

The link with the Manchester boxing star came about because Mark’s firm MJH Services sponsors two young boxers, Anthony and Paudie Upton. The designated charity for the festival is Childline.

Mark said it was preferred to sponsor a national charity so as not to let any local groups down.

“The overall charity had to be Childline, as the festival is so youth orientated. We did not want to pick a local charity and leave another one out, which is why we picked a national charity,” he explained.

Although all the events throughout the Southside City SummerFest are free, tickets are required.