Children in US custody battle expected to return to Limerick 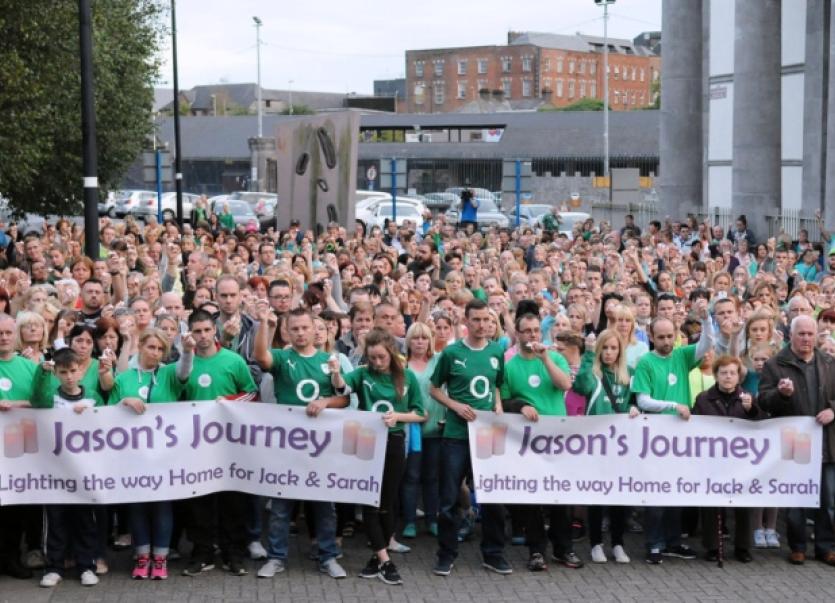 TWO young children whose Limerick father was killed in the US over a fortnight ago may be able to return home this weekend.

TWO young children whose Limerick father was killed in the US over a fortnight ago may be able to return home this weekend.

After a vigil was held in Limerick city this Tuesday night in aid of the family of Jason Corbett, 39, his children Jack and Sarah have now been placed under the guardianship of his aunt Tracey Lynch and her husband David, following a second court hearing.

The Janesboro native was found dead at his home in Wallburg, North Carolina with fatal head injuries on Sunday, August 2, after being hit with a baseball bat.

His remains were brought home to Limerick last Thursday and his funeral will take place once all the family have returned from the States together.

His second wife, Molly Martens Corbett, formerly a nanny to the children, and her father Thomas Martens, a former FBI agent, are suspects in the case and police are not looking for anyone else in connection with their enquiries. No arrests have been made to date.

However, the children are due to stay in the US until this Thursday at least, as another court hearing has been set to formalise the custody of the children.

Hundreds of people attended a candlelit vigil outside City Hall in Limerick, where members of the family expressed their hopes that the children would be able to return home, and that they could finally bury their youngest brother and son.

Fianna Fail deputy Willie O’Dea was among those who spoke at the event and said he was “very, very heartened by the level of support”.

“This family has suffered a staggering tragedy, which has been compounded by the very unusual circumstances surrounding the custody of the children.

Deputy O’Dea said “we have listened to the US peaching about the violation of human rights in Ukraine, Afghanistan and far flung places” and urged them to stand up for the rights of two young Irish citizens.

He said “no effort would be spared to bring them home”.

“The American judicial system is very strange, very peculiar. Anyone who is an American citizen tends to be favoured by the system. It’s a pretty tense time. The family are very aggrieved, and the children must have felt a bit abandoned when they weren’t able to see their family (from Limerick),” he told the Limerick Leader.

Mary Fitzpatrick, one of the co-ordinators of the vigil and an organiser of the appeal fund, confirmed that more than €16,000 has been raised to date.

Fr Pat Hogan, the parish priest in Southill, asked people to light candles and observe a moment’s silence “and reach out with your hearts to them and send them peace, strength and courage”.

A book of condolences has now been opened by Limerick City and County Council for people to express their sympathies with the family: Book of Condolence.

- For contributions to Jason’s Journey: Permanent TSB branch in Dooradoyle. The account number in the name of Mary Fitzpatrick is 11240513 and the sort code is 990715.