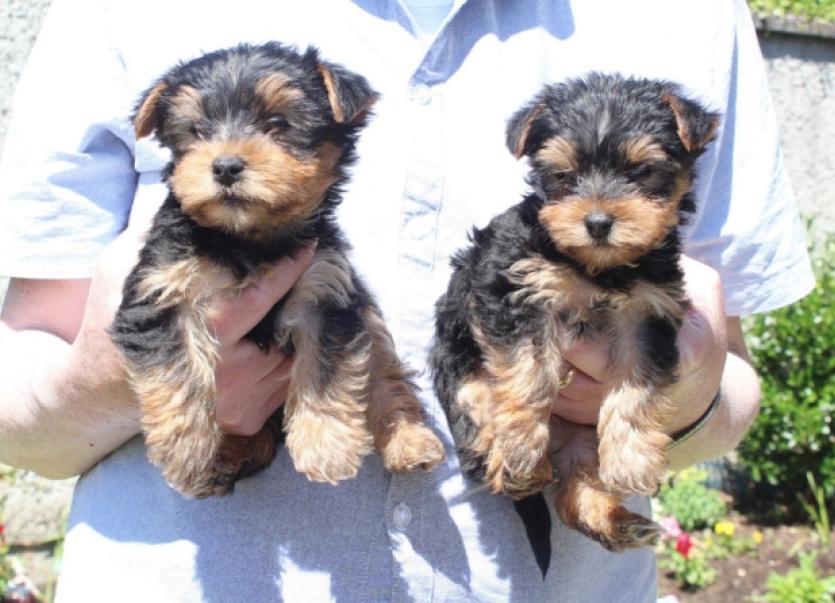 THE man who lost his Yorkshire terrier in a horrific pitbull attack two weeks ago has been gifted with two new puppies.

THE man who lost his Yorkshire terrier in a horrific pitbull attack two weeks ago has been gifted with two new puppies.

On Monday, May 25, Bill Nunan was walking his dog Judy on William Street when an unmuzzled and uncontrolled Pitbull “pounced” on the terrier.

After the attack, Bill was escorted to a vet in the city, where 8-year-old Judy was pronounced dead, due to “serious internal injuries”.

After a heartbreaking two weeks for Bill, the 57-year-old was overcome with joy when his nephew promised him a puppy. On Sunday, little Sam arrived at the Nunan household.

Just when he thought he couldn’t have been any happier, Bill was welcomed by another puppy, JJ, when he came home from grocery shopping, Tuesday morning.

Bill hopes that the two new members of the family will have the same personality as the dearly-missed Judy.

“They are my life now. I hope they last the whole 16 years like my first dog. And if they turn out like Judy it will be the best thing ever. Everybody loved Judy. We would open up the gate and straight away, she would go out to John’s house, and John has a cat. Judy and the cat got on very well.

“Well, at first, they didn’t. Judy would attack the cat until it retaliated, and then Judy got wary of the cat, and eventually they became friends,” he said.

Though the puppies have only been in the Nunan household for a few days, Bill said that they are loving the new home and are getting along great.

“They are mad about their new home. They love the garden, and they have a fine big back garden as well. It is the start of a happy life for those two. I am absolutely thrilled to bits.

“I won’t take them out walking until they are three- to six-months-old. Two of them will have to get their boosters in a few weeks time, so we get that done together and get them checked by the vet as well.”

Bill said the community garda called him and his wife on Tuesday evening, to check up on Bill and his wife following the incident that took place at 4pm on Monday, May 25.

Bill thanked his nephew Joe for the new additions to the family.