Limerick athlete inducted into US athletics hall of fame 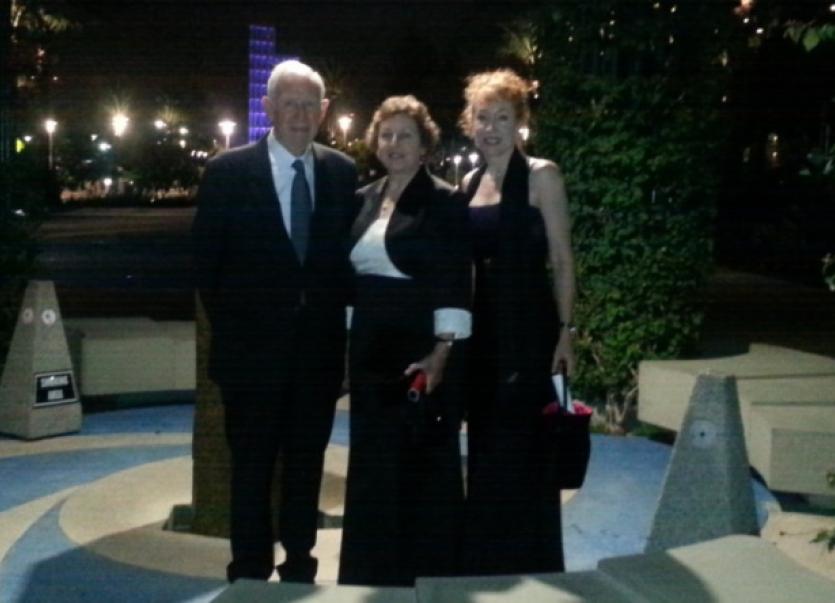 A COUNTY Limerick man has been given the rare honour of being inducted into the famous United States of America Track and Field (USATF) Hall of Fame.

A COUNTY Limerick man has been given the rare honour of being inducted into the famous United States of America Track and Field (USATF) Hall of Fame.

In 1920, Paddy Ryan, from Pallasgreen, won an Olympic gold medal in the hammer by more than 15 feet - the largest margin of victory in any Olympics. It could have been his third or fourth gold medal.

Mr Ryan, who was born in 1883, moved to Boston in 1910. His citizenship had not been confirmed in time for the 1912 games. The 1916 Olympics were cancelled due to World War 1. Mr Ryan joined the US Armed Forces and served in France. But at 37 years of age Mr Ryan won gold in Belgium in 1920 and silver in the 56-pound weight throw. He also held a world record for 25 years and an American one for forty years.

In 1924, Mr Ryan returned home to the family farm in Pallasgreen, raised his family and remained there until his death in 1964.

The hall of fame award was accepted by his daughter Johanna and granddaughter Christine Killian, who travelled from New York for the ceremony in Anaheim, California,

It was a proud moment for the mother and daughter and all of Mr Ryan’s relations at home and abroad. He had five daughters - Mary Weatherhead, living in Pallasgreen; Catherine O’Grady, Kilteely; Christina O’Donovan, London and Bernie O’Dwyer, Cashel. Dublin hurler Ryan O’Dwyer is Mr Ryan’s youngest grandchild.

Johanna remembers having lots of questions for her father about his athletic career, and his time living in the United States.

“I was so inspired by his motivation, that in 1961, I emigrated to America. In the evenings, when I came home from national school, I spent a lot of time helping him in his vegetable garden which he methodically tended to.

“In the fall he would dig potatoes all day and when I would come home from school I would spend hours picking up those potatoes for him. Then in the spring I would help him plant cabbage and other vegetables.

“All the while I asked him lots of questions as this was a great opportunity to be alone with him. I think he enjoyed reminiscing. When I came to America, every time my mother wrote to me there was a letter from my father enclosed.

“He never bragged about himself. He was a very humble, honest man. He never thought of himself as number one in the world. What he did, he did it well, and that was enough for him,” said Johanna.

Mr Ryan was one of five to be inducted for 2014 and joins the likes of Michael Johnson, Carl Lewis and Jesse Owens in the USATF Hall of Fame.

Johanna was presented with a beautiful ring with the USATF insignia. During the induction ceremony, the history of the athlete was shown on video and at the end the family member was called up on stage to accept the award and give an acceptance speech.

A statue to Mr Ryan stands proudly in Pallasgreen since 2004.

“Even though my granddaughters are very young, whenever they are in Pallasgreen, they have to see the statue of Granddad Ryan and they feel very proud of him.

“I’m sure that when they grow up and learn more about their famous great-grandfather, they will know why they are very proud of him,” said Johanna.