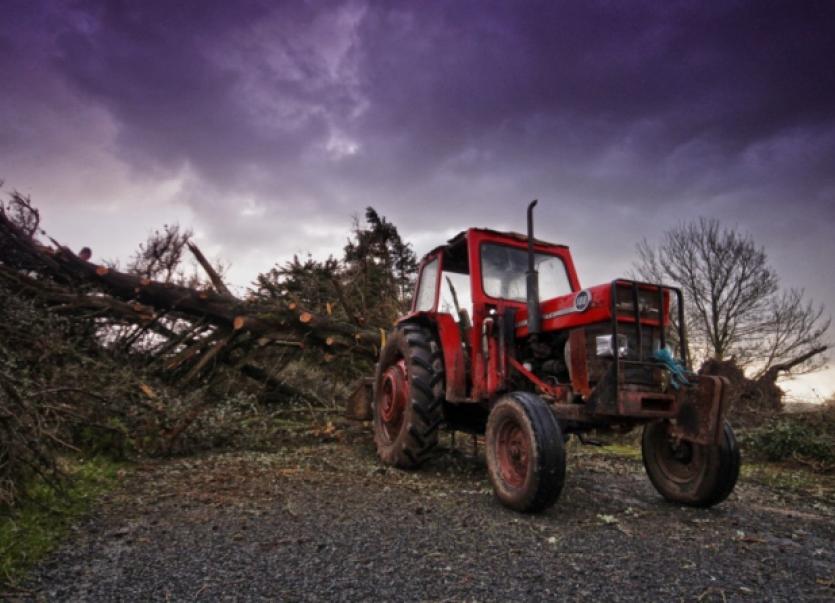 WHEN A councillor rang the area’s road department at 11.30pm to respond to a tree blocking a road he was told they couldn’t come out until daybreak, heard a Cappamore/Kilmallock municipal area meeting.

WHEN A councillor rang the area’s road department at 11.30pm to respond to a tree blocking a road he was told they couldn’t come out until daybreak, heard a Cappamore/Kilmallock municipal area meeting.

Cllr Eddie Ryan, chairman, said thankfully not a lot of trees fell in Limerick during Storm Rachel but one man’s vehicle did end up under a tree on the line road, straddling Anglesboro and Galbally.

“I rang them [area’s road department] and they said they couldn’t come out until daybreak. If it was the N20 or the N24 there is no way they could wait until the morning.

“Thirty or forty cars would have run in to the back of it. I know health and safety is important but we do owe a level of service to the people to clear the thoroughfare,” said Cllr Ryan.

Fire brigade, gardai and ambulance crews attended the scene. The man, who had minor injuries, was taken to hospital.

“I rang local farmers and a contractor to move the jeep and tree. It couldn’t wait until daybreak,” said Cllr Ryan.

Cllr Bill O’Donnell pointed out that the tree is the property of the landowner.

Cllr Mike Donegan said the fire service have chainsaws and in the past cut up trees.

“What is the policy on firemen using chainsaws? We need to get this sorted. Somebody is going to be seriously hurt or killed,” said Cllr Donegan.

Cllr Noel Gleeson said he knows that fire service personnel are highly trained in the use of chainsaws but aren’t allowed use them.

“The firemen are disappointed they can’t clear the road for the people. During the storm last February there were 10 cars blocked in Pallaskenry by a tree that fell in front of them and behind them.

“What if one of those people fell ill? An ambulance couldn’t get to them. With global warming there is going to be more storms and severe weather. What can be done to alleviate the problem?” asked Cllr Gleeson.

Cllr Brigid Teefy said a lot of landowners were very nervous about trees during the storm but sometimes they are away from home.

Cllr Ryan said the council should have a list of contractors for emergencies.

“I used a chainsaw when I was 15. I know health and safety is important but it has gone a small bit over the top,” said Cllr Ryan.

“The advice was conditions similar to February of last year with incredibly high winds overnight. It was very dangerous for staff to be working,” said Mr Kennedy, who added that the time work rule had to be taken into consideration as well.

“We expected a lot of trees down and if they were working last night they wouldn’t be able to work today. The ESB stood down crews, most city/county schools were closed - that was the level of preparedness. We got no phone calls to the emergency phone number. The fire service are capable of clearing roads, I stand to be corrected on that,” said Mr Kennedy.

“They are not allowed. They are very annoyed over it,” said Cllr Gleeson.

Cllr Mike Donegan said he heard somebody on local radio complaining that the gritters weren’t out which he said wasn’t true.

“They are out working while the rest of us are sleeping,” said Cllr Donegan. Cllr Teefy praised council staff for working in “all types of weather”.

Mr Kennedy said the gritters were out five time in Newcastle West alone and several times in other areas.

Cllr Bill O’Donnell said he was caught up in the traffic backlog after the crash in Ballysimon for two hours and hit out at the lack of a “proper traffic management plan” from gardai.

“I could not believe it,” said Cllr O’Donnell.

While Cllr Lisa Marie Sheehy said “enforcement” needed to be looked at.

Cllr Ryan said he had to get farmers and contractors to clear the road after the accident in Anglesboro last week.