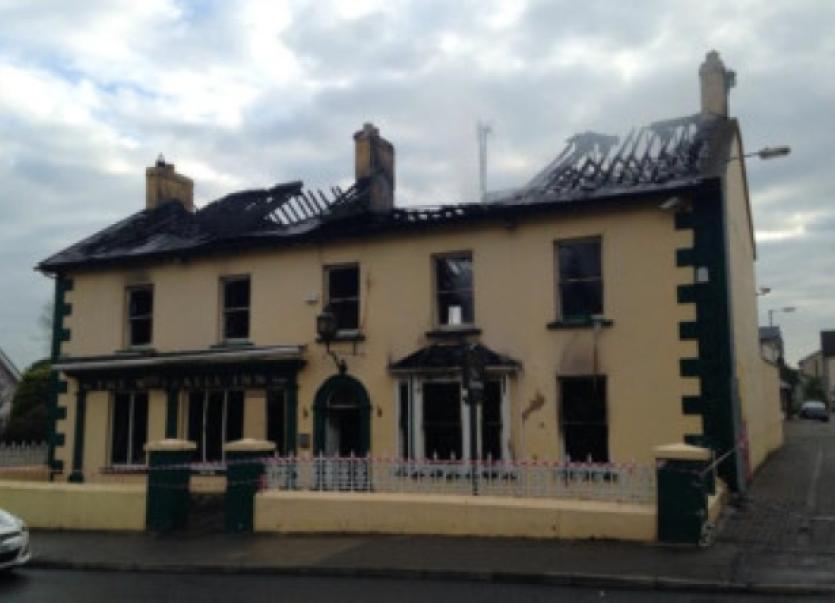 A BUSINESSMAN who has been trying to buy the Worrall’s Inn in Castleconnell for two years has had to move on to a new location.

A BUSINESSMAN who has been trying to buy the Worrall’s Inn in Castleconnell for two years has had to move on to a new location.

The historic building has been part of the village’s Main Street since the 1820s. A potential buyer, who spoke to the Limerick Leader on provision of anonymity, said he first tried to buy it when it went up for sale two years ago.

“The summation for me is I still don’t know today after over two years in the process as to who is the decision maker on the Worrall’s Inn that will deal in an upfront fashion,” he said. Bids were placed before and after the landmark property was gutted by fire last May.

“We have a small business that is growing. We do things on the up and up and we have a space issue. We’ve had to move on and look for an alternative property. We’ve secured one so it is pretty much a fait accompli. If you even asked me a month ago I would have been interested in pursuing it,” he said. Instead of a new business creating jobs and attracting visitors, Castleconnell has been left with an eyesore.

“Isn’t it a shame? Many would be very supportive of that facility coming back to half of its glory, let alone all of it. There is no point in 500 people saying they would love to see it when three or four can make it happen but won’t.

“We would have created a bit of a presence anyway. It is a fantastic village, it is as good as Adare if given even half a chance. I couldn’t get an answer on bids we put in - that’s the bottom line. There comes a time when you say enough is enough and move on,” he said, before adding he isn’t alone.

“This is not unusual for small businesses in the Mid-West. There is a massive disconnect with Government services in terms of how they articulate their support to jobs when the reality is the opposite.”

The Worrall’s Inn has been a big issue for Cllr Shane Clifford. It burnt down less than 24 hours after he was elected. He has spoken to several who were trying to buy it

“It has been very frustrating. This is part of a much bigger issue for Limerick city and county where premises are being sat on by developers or banks or Nama or the receiver, and nobody knows who. There is a cloak of secrecy. There are local indigenous businesses ready to create more employment that are being held back because they can’t get a premises for their business even though there is plenty of vacant, suitable premises all over the city and county.

“It is keeping people on the dole that would otherwise be in employment and paying taxes. It is also keeping premises empty - if they were occupied by a business it would generate rates. That money could then be used for better local services,” said Cllr Clifford, who is working closely with the council’s economic development and planning unit.

“They are doing everything they can to make sure something happens with it,” he said.