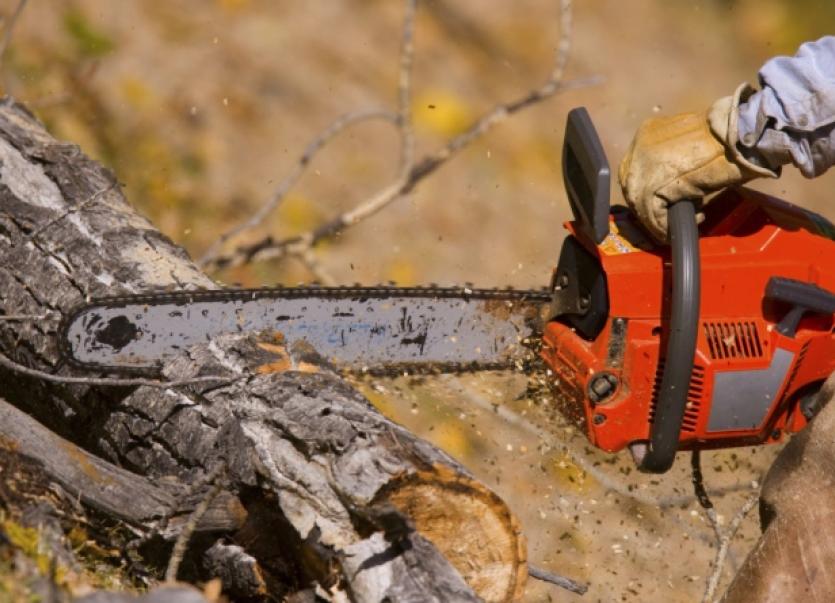 A WIDOW living in a rural area in Limerick has been ‘conned’ out of her life savings by a gang of local men operating as tree cutters.

A WIDOW living in a rural area in Limerick has been ‘conned’ out of her life savings by a gang of local men operating as tree cutters.

The woman, who lives in an area outside Newcastle West, saw the initial price for the job soar from €500 to €3,000 within hours, eventually had to hand over a sum of €5,300 to get rid of the men.

Now, her daughter, Mary Cronin, has spoken out in a bid to warn other people that this sort of scam is happening in their own local area.

“We have all heard about the case recently where an elderly pensioner in North Dublin was cheated out of her entire life savings by a group of men claiming to fix her roof,” she told the Limerick Leader.

“Alarmingly, this same thing is happening much closer to home. Yesterday, my mother was cheated out of her entire life savings by a group of men who came to the house to top a few trees.”

Her mother, she explained, had made contact with the men after seeing a local small ad and they called to the house last Monday to assess the job.

“These men initially quoted the figure of €500 to cut a few feet off these trees. The following day, Tuesday, they called out to the house to do the job. About an hour into the two-hour job, one of the men knocked on the door to say that the job was more expensive and it would cost €3000. An hour later when the job was finished, the cost had almost doubled to €5,300.”

“My mother withdrew all of her life savings to hand over to these men,” her daughter said, adding that she believed her mother agreed to the outrageous payment in order to get rid of the men.

Her mother, she continued, was deeply embarrassed by the incident but eventually contacted the Gardai. On their instructions, the woman’s son contacted the men’s number on Tuesday night, supposedly looking for a receipt. They told him they were based in Adare but it is now believed the men are based in Newcastle West.

When the Gardai took her mother’s statement, Ms Cronin explained, she was told such incidents were “very common in the Newcastle West area”.

“If it is that common, could someone explain why there isn’t more of an awareness campaign surrounding these types of incidences? We are resigned to the fact that we probably won’t ever recover the money. But if any good is to come of this incident, it is that nobody else gets cheated out of their hard-earned savings.”

The incident had been a very negative one for her mother, Ms Cronin said.

“She doesn’t trust her judgement now,” she explained. And her concern is that her mother will become fearful in her own home.

“There are an awful lot of vulnerable people out there. Coming up to Christmas, they might have a few extra bob. It is very easy to get cleaned out. No matter who or what you are, they can con you,” she said.

Supt Tom O’Connor, Newcastle West, who is leading the investigation, asked for anyone with any information about this scam to contact them on 069-20650.

He added the warning that people should be alert to the existence of scam or bogus traders charging exorbitant prices.

“We want to alert people and to advise them not to engage with people they don’t know,” he said, adding that it would be wise for people to consult with family members or friends neighbours before agreeing with anyone about a big job.