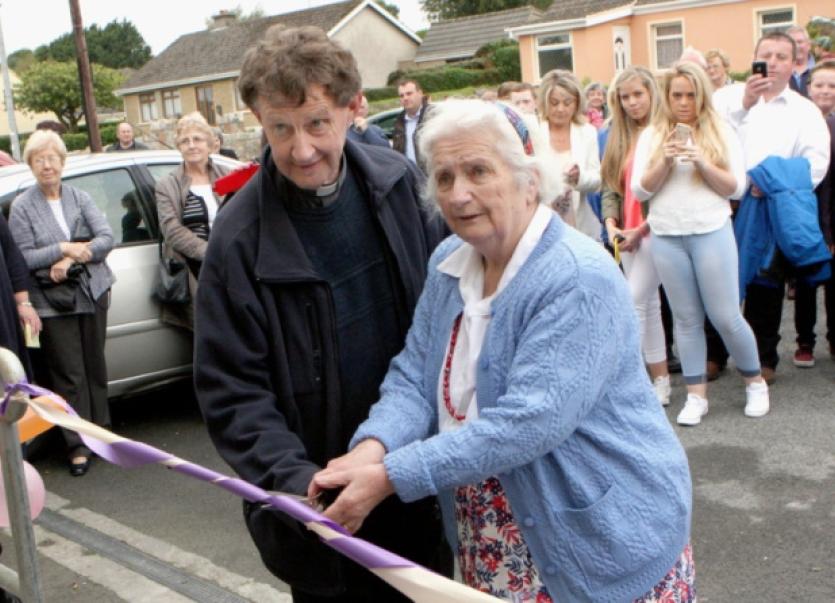 A NEW era in the life of Fedamore village has begun with the unveiling of the revamped community centre.

A NEW era in the life of Fedamore village has begun with the unveiling of the revamped community centre.

Approximately €250,000 was invested in the refurbishment project which began at the turn of the year and was completed in July.

The ribbon at the new-look centre was cut on Friday evening by Fr Mike Cussen and Marie Crehan - a niece of John Feely after whom the hall was originally named.

“There was a fantastic turnout and the weather was dry,” said Kathy Barron, secretary of the Fedamore Community Hall Committee.

The hall - which was originally an old school - came into the hands of the parish in 1981.

It was officially opened as a community hall in 1988.

“We have completely remodelled the inside of it. It has got a whole new inside in it,” Kathy explained.

“We have put in a new kitchen. We are going to open up a cafe. It will be open on Monday, Wednesday and Thursday morning from nine to 12.”

The centre - which can cater for in the region of 150 people - plays host to numerous community events including the youth club, activity club, Stepping Stones, speech and drama, Irish dancing, 45 on a Saturday night, and the senior citizens.

“It is the hub of the community. It would be a good spot,” smiled Kathy who explained that the hall is also available for meetings, birthday parties, funerals and various other community events.

The refurbishment of the centre has added extra sparkle to the village which also has Gleeson’s shop and post office, a church, two schools - one in Fedamore village and one in Carnane, one pub - Doran’s Pride - and a GAA pitch.