Fatal Limerick fire may have been caused by cigarette 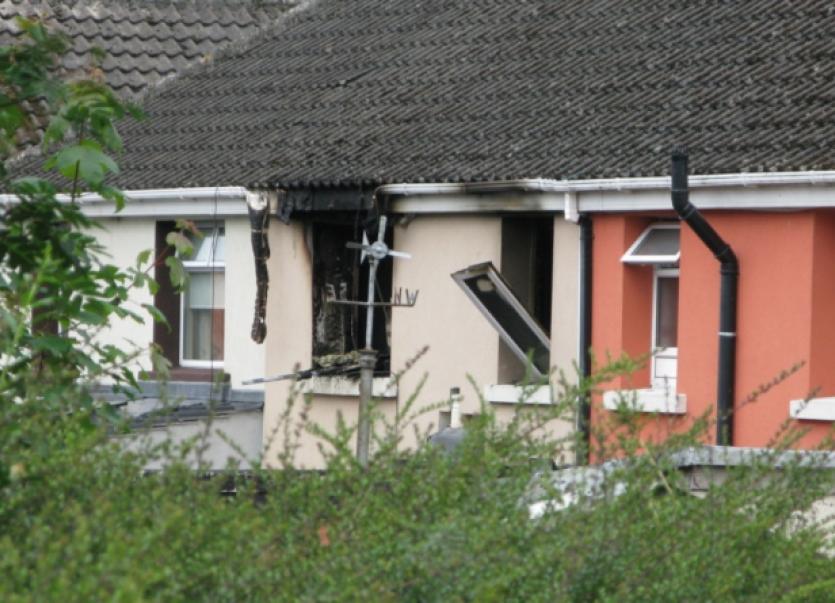 GARDAI in Limerick are investigating a number of potential causes of a fire in which a 47- year-old grandmother and mother of two tragically died in the city.

GARDAI in Limerick are investigating a number of potential causes of a fire in which a 47- year-old grandmother and mother of two tragically died in the city.

Investigating officers at Roxboro Road station are examining the theory that a lit cigarette may have caused the blaze in No 5 Daly Avenue in Janesboro before midnight on Sunday.

Inspector Brendan McDonagh of Roxboro Road said Gardai do not suspect that the fire was caused by an electrical fault and have also ruled out foul play or a suspicious death.

“We can’t say for sure at this stage what caused the fire, but we’re investigating a number of possible theories. It’s a very tragic end to someone’s life, and a hard time for all the family,” he told the Limerick Leader.

The deceased has been named as Geraldine Keane, a 47 year-old grandmother and mother of two who was pronounced dead at the University Hospital Limerick in the early hours of Monday morning.

Stunned neighbours paid tribute to Geradline, who was originally from Yeats’ Avenue, Kincora Park, but who had been residing in Daly Avenue on-and-off for about 10 years with her beloved partner, who has been left heartbroken by the tragedy.

“I got the shock of my life,” said one local resident.

“We saw three young men banging on the door and kicking it, and at first thought they were trying to break in until we saw the flames. They saw the flames coming from the rear of the property,” she said.

Her partner had been out of the house at the time, and neighbours made frantic efforts to call him to come back home.

Another said: “She was a lovely woman, and kept to herself. I worked with her on a scheme in Southill House years ago, and she would always put a smile on your face. They were a very quiet couple, very polite, and never bothered anyone. It’s just shocking. I don’t think anyone around here managed to sleep the night after that. It’s horrific.”

Ms Keane’s body was discovered in an upstairs bedroom to the rear of the house by firemen who were alerted to the blaze at around midnight.

She had been out socialising with friends earlier in the day at Janesboro FC.

Her body was removed from the house at around 9.30am and a post mortem examination was carried out at University Hospital Limerick. Gardai are conducting house-to-house enquiries.

Gardaí at Roxboro Road are investigating and can be contacted on 061-214340.