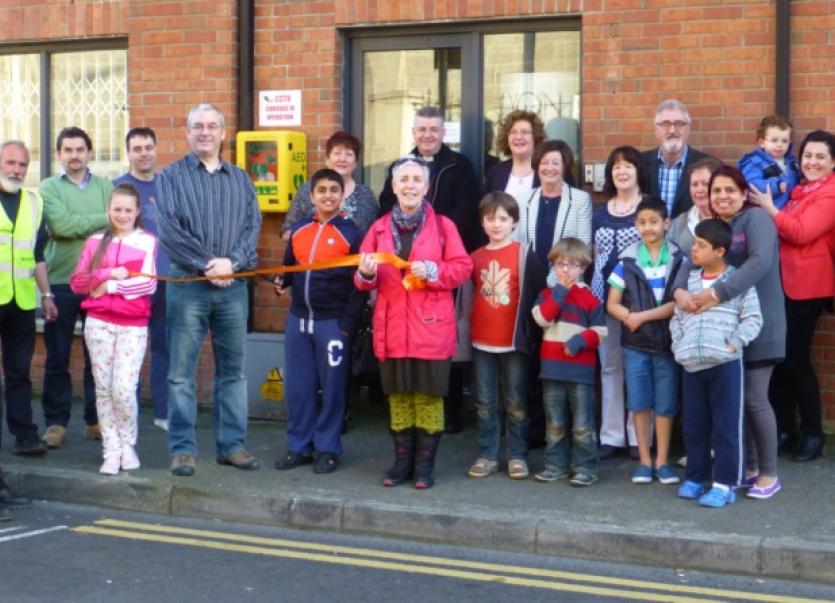 Following two fundraisers in Bobby Byrne’s pub and Flannery’s Bar in Catherine Street, the residents were able to buy the vital equipment, which delivers electric shocks to restore normal circulation.

Although defibrillators are regular features at sports clubs, this has been put in the heart of the community.

Residents have received training on the use of the device, located on the side wall of O’Sullivan’s pharmacy at the corner of St Joseph’s Street and O’Connell Avenue.

Access is possible by combination code, and this is available by calling Roxboro Gardai at 061-214340.

Ross McEntegart, O’Sullivan’s pharmacy said they were delighted to be associated with providing the kit.

“We had a great day training with the local residents and congratulate them on this endeavour,” he said.

Councillor Maria Byrne praised the South Limerick City Residents Association for their efforts in improving their community, saying it is a reflection of the spirit they have for improving their neighbourhood.

Local resident Gerry O’Connell said: “We hope never to have to use it, however it is great asset to have available to the community.”