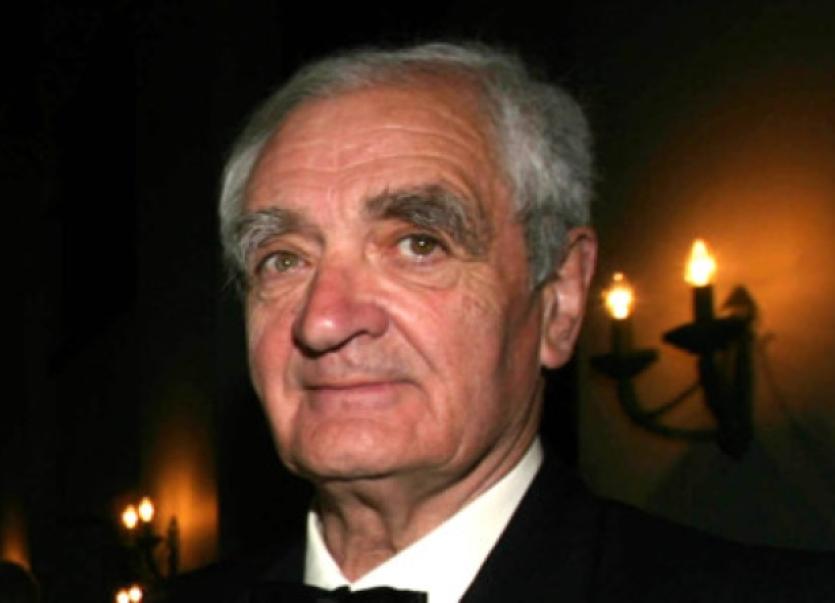 Tributes have been paid to Limerick businessman Pat Mulcair, the founder of construction company Roadbridge, who died at the weekend.

Tributes have been paid to Limerick businessman Pat Mulcair, the founder of construction company Roadbridge, who died at the weekend.

Mr Mulcair, who was in his early eighties, passed away on Saturday night following a short illness. His funeral took place in Crecora on Monday morning.

“He was one of the most revered men in the construction industry,” said Mr Parlon.

“He was a pioneer in terms of the projects he took on and he had great respect from everyone within the industry.”

A native of Frankfort, Ballingarry, Mr Mulcair established Pat Mulcair Civil Engineering in 1967, building up a reputation as one of the most progressive and innovative operators in the Irish construction industry.

By the time the company was renamed as Roadbridge in 1999, it was regarded as Ireland’s largest civil engineering and building contractor.

Mr Mulcair has featured regularly on lists of Ireland’s richest people, most recently at number 181 on the Sunday Times Rich List for 2013, which estimated his net worth at STG£47m, including a 92% stake in Roadbridge.

Based in Ballysheedy on the outskirts of Limerick City, the company has been involved in some of the largest construction projects in the state, including the Limerick tunnel, the M8 Rathcormac to Fermoy Motorway, the Corrib Gas terminal project in Mayo, the Cashel bypass, the Ballycasey to Dromoland road improvement scheme and the Limerick Main Drainage scheme.

In total, the company has completed almost €1.5bn worth of contracts for the National Roads Authority.

The company also operates internationally, with big projects in Britain, mainland Europe and the Middle East. In recent years, it has moved in the development of wind farms and other renewable energy projects, including what will be the largest land-based wind farm in Europe, on the Whitelee Windfarm Extension in Glasgow.

A very private man, Mr Mulcair was known for being hands-on when it came to the business, an approach that resulted in his being held in very high regard by employees, sub-contractors and associates in the construction industry.

“He was a great honest-to-goodness country man. When he shook your hand, you know you were getting a handshake!” recalled Tom Parlon.

In addition to his own successful business, Mr Mulcair was known for supporting smaller enterprises and was generous in his help for community projects.

“He was an excellent businessman and an excellent man to deal with. He had a reputation for giving employment, particularly to students over the summer,” commented one Limerick businessman.