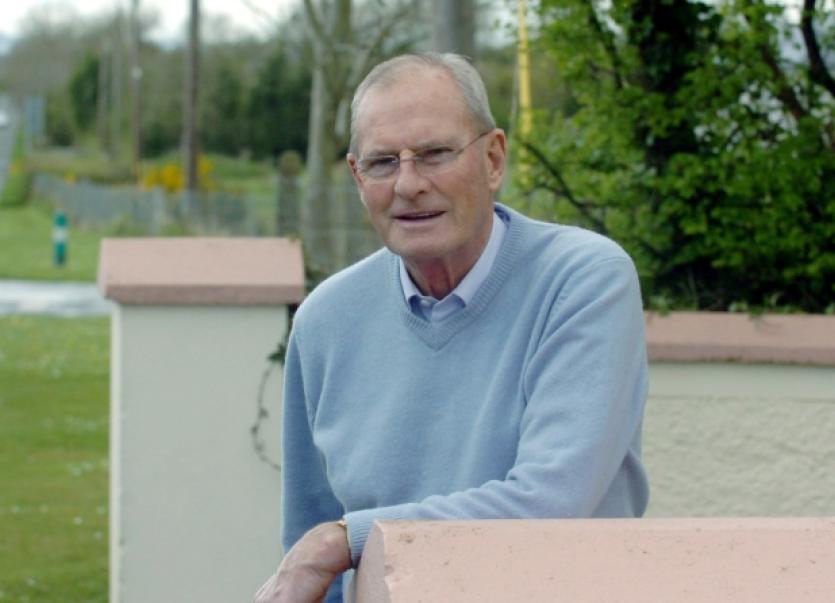 THE DEATH has occurred of former Minister for Defence, Michael J Noonan, who passed away on Tuesday evening.

THE DEATH has occurred of former Minister for Defence, Michael J Noonan, who passed away on Tuesday evening.

Mr Noonan died peacefully at Milford Hospice after a long illness. He was aged 78.

A native of Bruff, he entered public life in 1967 when he was elected to Limerick County Council. He served as a member until 1991.

He was elected to the Dail as a Fianna Fail TD for Limerick West on his first attempt in 1969 and served as a TD until 1997.

During each general election from 1969 to 1997, both Mr Noonan and his Fianna Fail political rival, Gerry Collins, consistently took two seats for the party in the three-seater Limerick West constituency.

Mr Noonan, who was a close friend of the late Taoiseach, Charles Haughey, was appointed minister for defence in 1987 in the Haughey-led government. He held that position until 1989.

They first met when Mr Noonan, a farmer, was national president of Macra na Feirme in the 1960s.

The Bruff man backed Mr Haughey in the 1979 leadership contest against George Colley.

“He came to open the modern milking parlour. It was a great gala occasion and there were about 300 to 400 people there,” Mr Noonan previously told the Leader.

Mr Noonan, who was a pioneer, was involved in a number of organisations in his native Bruff and was secretary of the Sean Wall Memorial Committee, remaining actively involved in the town up until the final months before his death.

One of his last public engagements was on June 21 when he welcomed the daughter of JFK, Caroline Kennedy, to the town.

Mr Noonan courageously spoke to the Leader in 2009 about his prostate cancer in the hope that other men would undertake regular blood tests to detect the early signs of the illness.

Michael J Noonan of Crean, Bruff, is survived by his wife, Helen, his four daughters Marie, Anne, Catherine and Carmel and by his sons John and Pat.

Funeral arrangements have not yet been announced.

For more, see the weekend editions of the Limerick Leader.