Arson could be cause of large fire in Limerick 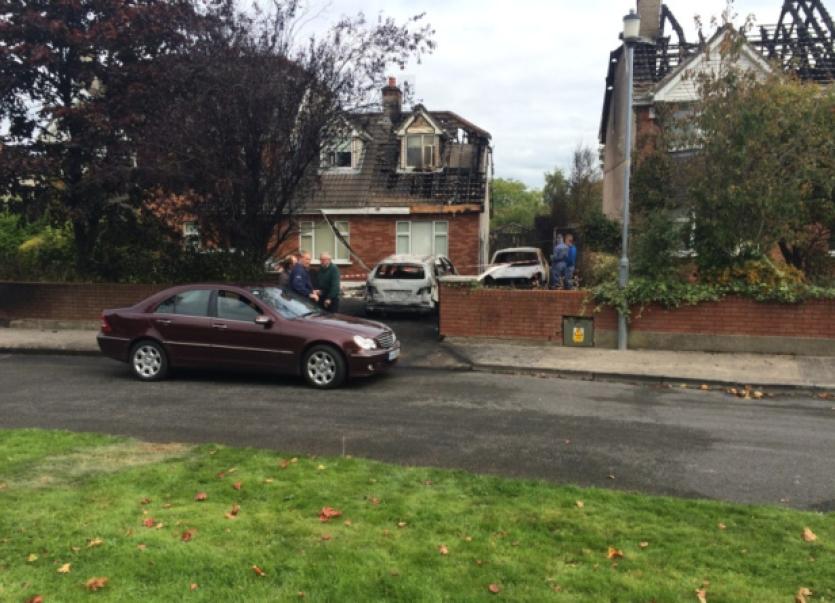 A HUGE fire over the weekend caused damage to two houses and left three cars burnt out in Monaleen in Limerick.

A HUGE fire over the weekend caused damage to two houses and left three cars burnt out in Monaleen in Limerick.

The blaze at Ashleigh Woods in the suburb was reported to the Limerick Fire and Rescue Service early on Saturday morning.

One unit of the fire service from the county, and four from the city tackled the blaze for almost three hours.

Crime scene investigators were later on the scene, where a technical examination was carried out. Although investigators are keeping an open mind as to the cause of the fire, it is understood one theory being considered is arson.

No-one was injured in the blaze, with one of the houses unoccupied, and members of the family in the other being helped to safety by fire officers.

Three cars in the driveway of one of the houses were also damaged, two of them completely burnt out, while the roof of the other house has been destroyed.

The Limerick Leader understands one of the cars caught fire, before the flames spread to one of the houses, then the other. Detectives have been speaking to homeowners and neighbours and will be investigating why, how and where the fire started and how it spread to the second house, which is several feet away.

Gardaí at Henry Street are investigating and can be contacted at 061-212400.

Separately, two units of the fire service were called out to a fire at St Brigid’s Avenue, off New Street, near Punch’s Cross. This blaze was reported just after midnight yesterday.