Parish rallies around as ‘Podge’, 24, is laid to rest 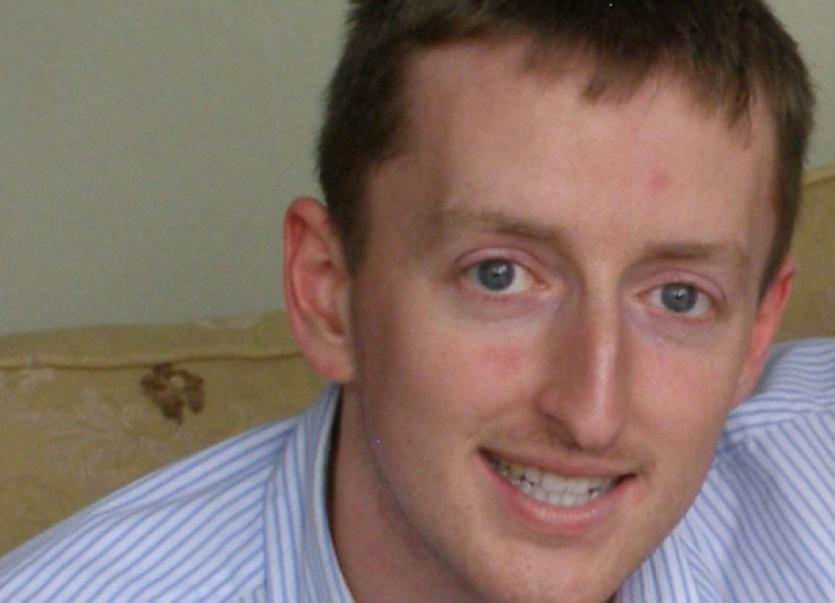 TEAM jerseys, a hurley, a sliotar and a football brought to the altar of Effin parish church paid homage to a young, wholesome life which was sadly cut short.

TEAM jerseys, a hurley, a sliotar and a football brought to the altar of Effin parish church paid homage to a young, wholesome life which was sadly cut short.

Padraig McCarthy, who was affectionately referred to as Podge, from Ballyhaught, Effin, lost his life after he was struck by a car as he was walking on the main Ballybunion to Listowel road on Tuesday of last week.

It is understood that Mr McCarthy had made the trip to County Kerry for the Listowel Race meeting.

The 24-year-old was pronounced dead at the scene, while a 25-year-old motorist was taken to Kerry General Hospital following the crash, with non-life threatening injuries.

Family, friends and members of the local community were there to celebrate a Mass of thanksgiving for Padraig’s short life.

In his homily, Fr Tom Coughlan, the parish priest in Effin, spoke of a parent’s pain.

“Every child is a gift from God. The Lord has given and the Lord has taken away. At death, life is changed not ended,” said Fr Coughlan who added that Padraig has now gone forth to live another life “where there will be no more pain, no more suffering, and every tear will be wiped away in a place of light, happiness and peace.

“Every funeral reminds us of the shortness of everyone’s life,” he noted, before referring to the caring community spirit which has been shown to the family since their sad loss.

Locals sang in the church choir, directed traffic, ensured mourners found a car park space and provided refreshments for those in attendance.

Outside the church, sporting clubs and a number of Padraig’s friends formed a guard of honour as a mark of respect for the popular young man.

Mr McCarthy worked at the Charleville Park Hotel. The management and staff of the hotel posted a message on their Facebook page extending “our sincerest sympathies to the family and friends of Padraig McCarthy.

Mr McCarthy who loved sports played Junior B hurling with Effin this year.

“He also played football with us,” Donal Kelly, chairman of Effin GAA club told the Leader.

Mr McCarthy’s remains were shouldered by family and friends from the church to the local graveyard where he was laid to rest.