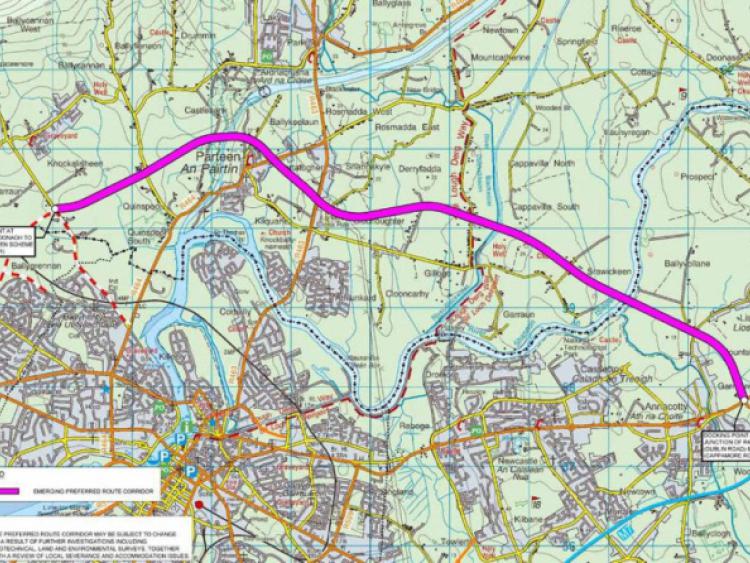 CLARE county councillors deferred a planned vote on the route of the Limerick Northern Distributor Road on Monday afternoon back to Friday, July 24.

CLARE county councillors deferred a planned vote on the route of the Limerick Northern Distributor Road on Monday afternoon back to Friday, July 24.

The public gallery was full to overflowing with concerned residents including from Mountshannon Road, Lisnagry. They say it will do untold damage to a small semi-rural community and reduce the viability of a number of farms.

The route corridor for phase 2 extends from Knockalisheen, crosses the Shannon, Blackwater and Tailrace as it winds through Parteen and Clonlara before linking up with the old Dublin Road.

Cllr Cathal Crowe, who was going to vote no, said he was disappointed at the decision.

“I thought we had huge momentum. I think the only reason we have a deferral is I think people became acutely aware this was going to be defeated and the deferral was seen as a means of salvaging something,” said Cllr Crowe.

He says it will divide the community of Parteen in two and aggravate flood risk in Clonlara.

“The proposed route for the Northern Distributor Road is very offensive to the communities I represent,” said Cllr Crowe,

Councillors were on the cusp of voting when it was suggested that there would be a deferral. An hour long debate followed with many contributions arguing for the road - but not the chosen route.

“We are all for the road. This is not nimbyism. This is us saying we will not tolerate the current route of the road. We said this all down through the years. They have spent a lot of money advancing this route option. We told them way back that we will oppose it,” said Cllr Crowe.

If the vote is a no on July 24, Cllr Crowe says they are in “unknown territory”.

“No council has ever voted down a project of this magnitude,” he said.