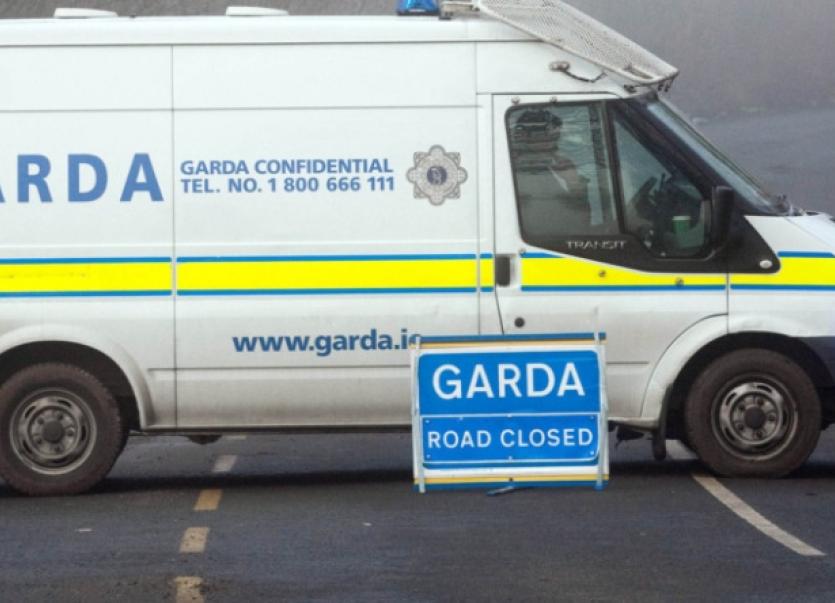 A MAN in his 70s has been killed in a road traffic accident in Clarina this morning, which also left two occupants of the second car injured.

A MAN in his 70s has been killed in a road traffic accident in Clarina this morning, which also left two occupants of the second car injured.

Gardaí are investigating the fatal road traffic collision which occurred at Ballybrowne, Clarina, at approximately 9am.

A man, 73 years, who has not yet been named, was fatally injured when the car he was driving collided with another vehicle.

Emergency services were called to the scene, but the man was pronounced dead at scene and his body was taken to Limerick University Hospital where a post mortem was carried out.

His death brings to 22 the number of people killed on Irish roads so far this year.

The occupants of the second car, a man, aged in his 40s and a 5 year old boy were also injured in the collision. They were taken to Limerick University Hospital with non-life threatening injuries.

The road was closed to facilitate Garda Forensic Collision Investigators for several hours yesterday, and diversions were put in place.

Gardaí are appealing for witnesses or anyone with any information to contact them at Roxboro Road garda station on 061 214340, the Garda Confidential Line on 1800 666111 or any Garda station.