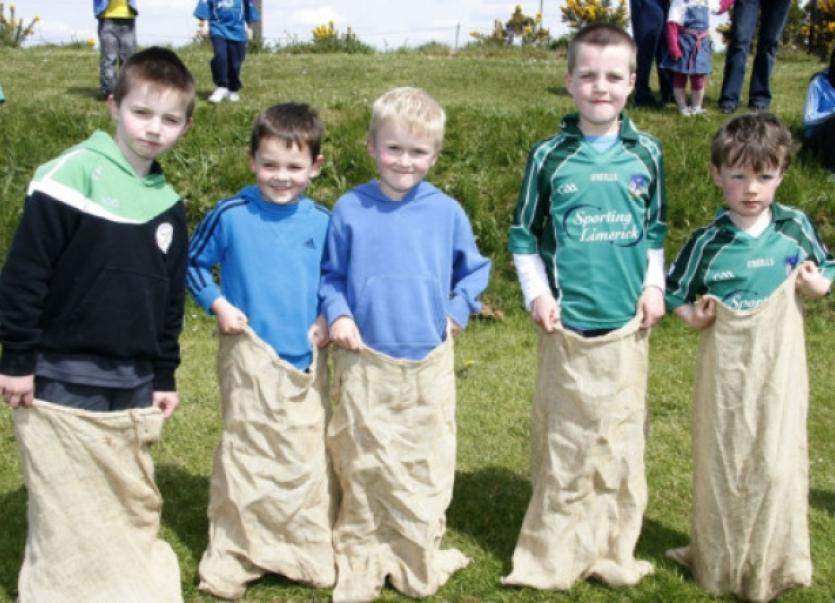 THE success of last year’s inaugural White River Fest whetted the appetite for a local festival in Loughill/Ballyhahill and encouraged the organisers so much they have decided to run it again.

THE success of last year’s inaugural White River Fest whetted the appetite for a local festival in Loughill/Ballyhahill and encouraged the organisers so much they have decided to run it again.

Last year’s fest was first festival in over 30 years in the Loughill-Ballyhahill area and was something the organising team, which includes Edel Buttery felt was needed in the area.. “When you have two small parishes joined as we are for so many things like GAA , music, schools, churches etc it’s great to have a festival to bring everybody out together in a social setting and give a sense of identity to the area. It is not as such a GAA event but an event held and organised by the local GAA to incorporate and involve all community groups and people.....it was a blast last year and we hope it will be so again this year,” Ms Buttery said.

The White River Fest 2013 kicks off this Friday and the aim, says Teresa Cregan Stack, a member of the organising team, is to ensure it is even bigger and better this year.

“We try to cater for everyone’s taste and many of our events are free to attend,” explains Gary Thompson. “For those nights where bands play etc the admission is reduced as are certain concessions to provide a more value for money experience and to involve all the family. We pride ourselves in our coaching of underage footballers here at Gerald Griffins and from this weekend we hope to provide some revenue to keep doing so into the future”.

The festival opens with the grand finale of the Darts Competition at Barr na Sraide, Ballyhahill while a teen disco will run in the festival marquee in the Gerald Griffins club grounds.

Saturday begins with a mid-day launch of Art Expo at the Loughill Resource Centre and will run until 5pm.

Meanwhile back in the GAA grounds in Ballyhahill there will be diplays of exotic wildlife and fish thanks to Limerick Animal Magic Wildlife Rescue, and also a vintage display. A ceili mor, with Taylors Cross will run from 3-6pm in the festival marquee, with admission at €10 which also covers admission to the dance later in the evening.

From 8pm, the marquee will host a trad session involving local musicians and this will be followed by dancing to the Humbucker Freshmen playing a mixture of rock, country and trad rock into the early hours. The marquee will have a full bar and admission is €10.

There will be a sports/family fun day on Sunday at the Gerald Griffins GAA grounds with sheaf tossing, tug-o-war, games, novelty games, races, a barbeque, ice-cream stand and other stalls.

One of the highlights is exptected to be the over-35s football final, with its humourous, fancy dress twist.

The festival ends with a barndance in the marquee with Escapage and DJ Conor Mac and admission is €15.