Kerry and Limerick councils hoping for consensus on trail row 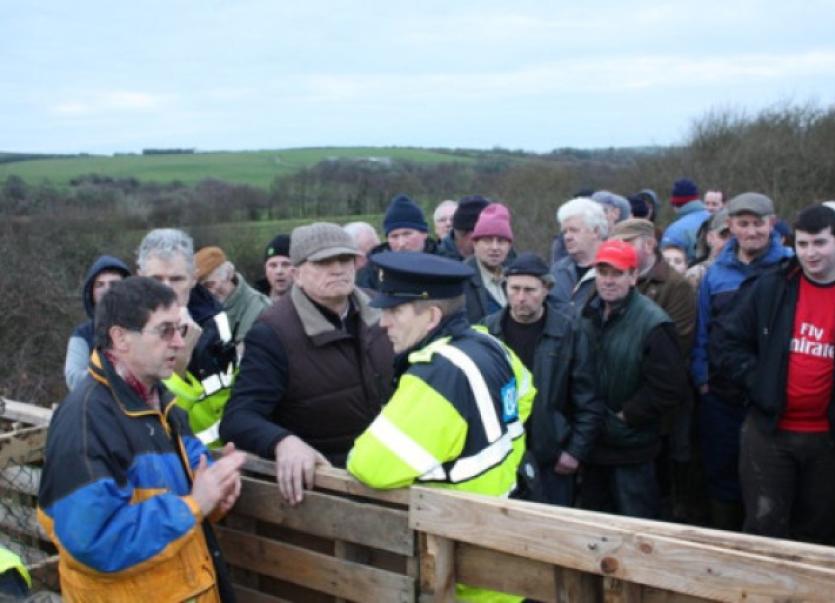 AFTER three months of brinkmanship, hopes are now emerging that a consensus on the extension of the Great Southern Trail into North Kerry may be on the horizon.

AFTER three months of brinkmanship, hopes are now emerging that a consensus on the extension of the Great Southern Trail into North Kerry may be on the horizon.

County councillors and officials from Kerry and Limerick held a joint meeting in Listowel this Monday to discuss the development of the popular walking and cycling route, which now runs for 40km from Rathkeale to the Kerry border outside Abbeyfeale.

The meeting was arranged in a bid to ease tensions which spilled over in February when a stand-off took place between walkers and North Kerry farmers, who erected a barricade on the border to block a walk along the old Limerick-Kerry rail line.

Cllr Jerome Scanlan, who was part of the Limerick County Council delegation, described Monday’s meeting as “very positive” and expressed hopes that after a bad start, the project could now gain traction in Kerry.

“One downside in this is probably the manner in which [Kerry stakeholders] were initially approached. If things were done in a softly, softly way, perhaps a lot of this could have been avoided.

Since February’s stand-off, a group calling themselves the North Kerry Abandoned Rail Line Action Group have claimed that they are the default owners of the old railway line section in North Kerry, which could be worth up to €1 million.

In an article in The Irish Times last week, the a group source indicated their intention to take “adverse possession” proceedings in order to claim title on the property. CIE has insisted that it remains the owner, and that the property retains a public right-of-way.

Liam O’Mahony, of the Great Southern Trail committee, said that “if people have a claim, then come out and make that claim and be done with it”, but also stressed that there should be “mediation and discussion”.

Cllr Scanlan said that at Monday’s meeting “all aspects of the trail were discussed”, including the ownership of the rail line. “Obviously [Kerry councillors] have major concerns. You have to take a balance between the two.”

Cllr Liam Galvin, who was also part of the Limerick delegation, said that Kerry farmers have tangible concerns, which need to be addressed.

“I’m a farmer myself. I understand the way cattle have to be treated. There are some fairly large dairy farmers along that trail. These people need to be met, and their problems and concerns need to be addressed”.

The North Kerry Abandoned Rail Line Action Group did not respond to requests for comment by the time of going to press.